A total of 63 cases of crime against women were registered by the Manipur State Commission for Women (MSCW) from January to September 2020. 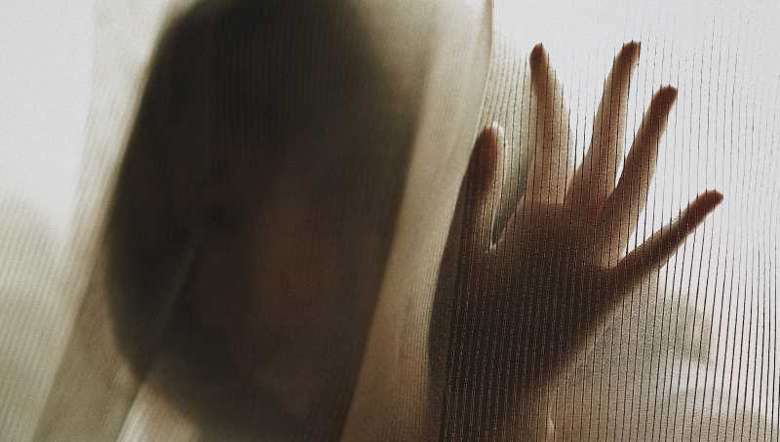 Sexual assault cases are on the rise in Manipur, but according to official reports, domestic violence topped crime against women in the state in the year 2019-2020.

The government enacted the Protection of Women from Domestic Violence Act 2005 to protect women from domestic violence. The Act was brought into force from 26 October 2006. However, the crime of domestic violence is reportedly on the rise.  The National Crime Bureau (NCRB) in 2019 recorded 1.26 lakh domestic violence. Of these, 10 cases are from Manipur.

A total of 63 cases of crime against women were registered by the Manipur State Commission for Women (MSCW) from January to September 2020. Of it, 10 cases are domestic violence and another 10 cases are related to bigamy cases.

In 2019, according to the data from MSWC, 12 domestic violence cases were filed in Manipur, while several cases go unreported in the state.

Globally, one in three women experience either "intimate partner" violence or "non-partner" sexual violence. Intimate partner violence, female genital mutilation, early and forced marriage and violence as a weapon of war, sexual and gender-based violence, are serious concern across the world, a barrier to women’s empowerment and gender equality, and a constraint on individual and societal development, with high economic costs.

“Early marriage and a drunken husband makes me manage the family earnings,” said Ninggombam Bina, who is a victim of domestic violence. She has been married for 20 years. He started abusing her physically and became violent soon after her marriage, as her husband is an alcoholic.

In an interaction with the Imphal Free Press, she said she could have left her husband in his condition but for the sake of protecting her parents she stayed on with her drunken husband. She became pregnant under a violent situation and today she is the mother of three children, but she continued to suffer domestic violence meted out by her husband.

“He would come home drunk and insult me in front of the kids and started hitting me”, Bina said, adding  that her husband did not earn to run the family instead he used to demand money to buy drinks.

“I started earning by selling vegetables in the market for the sake of my children”, she said. She used to sell vegetables as a street vendor.

Now, her children are grown up but she, however, is yet to get a divorce from her husband. While becoming a street vendor, she has seen many other women street vendors suffering from domestic violence from their husband.

Another incident of domestic violence is about a 42-years-old woman Sushila from Imphal West. She managed to come away from being tortured by her husband and husband's family. She became ASHA’s (Accredited social health activist) worker and took care of her children.

“When my husband began drinking and hitting me 14 years ago, I could not talk about it," Sushila said. She said the tradition and customs that are followed in the state has made women risk their life by taking responsibility for the family. Even her mother was forced to live with violence and assaults. Her mother told her that she is not the only one who gets slapped from the husband. Women should have the courage to face such violent conditions between husband and wife.

Her husband's daily assault on her leaves she marks on her body. Her husband’s family members would accuse her if not able to control her husband.

“I did not know that not being able to control my husband means to get married to another woman, so without giving any knowledge to me, my husband eloped with another woman,” she said. With two kids, she left her husband’s home and took shelter at her friend's home.

For a year, she did odd jobs to earn some money and finally became an ASHA worker three years ago. She said when she was six month pregnant her husband kicked her in the womb which resulted in the death of her unborn baby and her womb was removed.

After she became ASHA worker, she has been trying to help many women suffering from domestic violence and bigamy situation.

Women in Manipur, especially the uneducated ones, are yet to open up about domestic violence against them, she said, adding there is a need for open discussion to identify such violence.

The fifth National Family Health Survey (2019-2020) indicates a rise in violence against women in domestic spaces as 35 per cent to 42.8 per cent in Manipur.

The report, which was recently released by Union Health Minister Harsh Vardhan has revealed that violence against married women belonging to the age group of 18-49 spiked in 2019-2020 ad compared to the figures reported in 2015-2016.

Incidents of sexual violence against women (18-29 years) has declined from 14.0 per cent in 2015 to 5.4 per cent in 2019 though the data collected during the survey shows that cases of such violence in rural areas have not registered any significant decline.

In 2019, violence against women in domestic spaces was recorded at 39.6 per cent. Most of the incidents reported were acts of spousal violence, with the rural areas reporting a higher incidence (42.8 per cent) of the crime when compared to the state’s urban areas (35 per cent).

According to MSCW chairperson Binota Maibam, in Manipur, crime against women is happening under four reasons - alcoholic-based behaviours of spouse; poverty based and family economic crises; marital disputes due to lack of employment and income; changing global phenomenon and its impact on new couples. The finding is reached from the cases of the last five years (2015-19).

There is also an increasing phenomenon of cases of women property rights. It is an indication that the fundamental rights of equality to both genders, male and female, become more conscious in Manipur society, she stated.

While visiting different districts of the state, this IFP reporter found that some abused women have never sought help to try to end the violence against them. Some are reluctant to share their pain and experience out of a sense of shame and helplessness. Some women take it on themselves as their fate and suffer in silence.

Violence against women which are counted as crime under the Indian Penal Code are rape, kidnapping, abduction, physically and mental torture, dowry death, wife battering, sexual harassment, molestation, importation of girls etc. Some of the social violence cases against women are eve-teasing, forcing wife or daughter-in-law for female infanticide, honour killing, and acid attack etc. These cases are giving rise to other violence in the society, experts say.