Only 25,000 of the 54,110 persons with disabilities in Manipur are provided cards to avail the benefits of government welfare schemes. 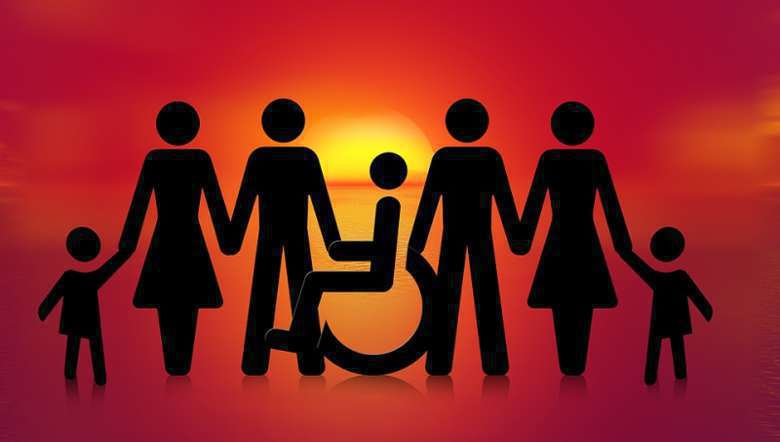 The identification card is considered the most essential document for persons with disabilities to avail any kind of benefits provided by the government. But the number of PWD cardholders is less than 50 per cent of its total population as per the data released by the Social Welfare Department. The number of PWD cardholders availing the benefit of welfare schemes is even less. The major reasons cited being inaccessibility, discrimination and lack of awareness.

The department is also executing the Central government schemes such as unemployment allowance to the educated unemployed persons with disabilities and marriage incentive award.

As per the Social Welfare Department report, so far, only 5,207 persons with disabilities are availing the benefits of caregiver allowance to persons with disabilities, which is Rs 1,500 per month. Only 110 PWDs received scholarship during the academic session 2019-2020 and 2,500 differently abled-person availed the opportunity of free travel and concession schemes. And, only 156 PWDs could enjoy unemployment allowance to the educated unemployment PWD, an amount of Rs 400 to Rs 1,000 per month in 2019-2020.

Under marriage incentive award of Rs 30,000, one-time assistance was given to all 45 PWDs (maximum limit earmarked for this scheme is 45 as per norm of the Central government).

When queried, deputy director, Disabled, Department of Social Welfare, Langpoklakpam Dhaneshwor told the Imphal Free Press that the department is taking up various measures to increase the number of beneficiaries of the schemes. The department is conducting awareness programmes on the necessity of having a PWD card and about the schemes as well. But enrolment for PWDs card and applications for the schemes is still very low, he said, adding that to scale up this number requires support and corporation from society.

Dhaneshwor said that the first and foremost step to be taken to enhance the number of beneficiaries of government welfare schemes for PWD is to integrate them into society. However less attention and discrimination by society has discouraged them from enjoying their rights and benefit even after they aware of it, he said.

Mentioning the programme to increase PWD cards, Dhaneshwor said that unlike the previous manual system, the state government has simplified the process for registration of PWD cards. Since June 2019, the department has rolled out Unique Disability Identification for Persons with Disabilities (UDID) policy. Through this Central government policy, applicants can apply through online with a single document for verification.

He further said that though the policy was started in 2019, due to the COVID-19 pandemic, the number of PWD cards issued is only 1,600. Despite this, the card has become a mandatory identification to access various benefits for PWDs. The state will continue to use manual PWDs card issued by the department for time being.

Considering the challenges faced by PWDs while accessing the Internet to register their UDID, the department has opened a counter for registration every Thursday. Besides this, the department is planning to conduct a mass campaign from place to place to make sure that no PWD is left out, he maintained.

Dhaneshwor also stated that already 14 specialist doctors from the Jawaharlal Nehru Institute of Medical Sciences (JNIMS) in Imphal were nominated by the state government to take part in the mass campaign to give approval certificate of disability.

To increase the level of integration or inclusion of differently abled-person in the society, the state government is also going to implement a similar provision of the Central Government where 5 per cent reservation for PWDs is earmarked for any kind of poverty alleviation or welfare scheme, he added.

“PWD are usually bestowed with some extra-ordinary qualities or talents. However, the attitude showed to them by society has made them remain in closed door. Nevertheless, society has seen some changes gradually as people started realising the significance of treating PWD equally,” Dhaneshwor said.

He urges against the mind-set of stigma and discrimination against Persons with Disabilities and appealed to all to provide PWD-friendly environment for their all-round welfare.

Secretary-general, Handicapped Development Foundation, Sapam Jashowanta is of the view that lack of easy accessibility, awareness, ignorance and negligence by the public are major reasons for availing less number of welfare schemes by differently abled-person.

Speaking exclusively to the Imphal Free Press, Jashowanta, who is a differently abled-person, said, “Usually people undermined the PWD as an incapable, unimportant and useless person. Due to such under-estimation, people don’t understand the underlying meaning of implementing acts and policies and programme for PWDs. The main focus of policies and programme of the government is to mend the gap of participation of PWDs in the society”.

Jashowanta further said that it is the duty of local representatives to identify the PWD residing in their concerned constituencies. However, due to ignorance or negligence, such activities are hardly seen in most of the constituencies. If the concerned MLAs or pradhan or ward member are concerned about the problems facing the PWD, maximum differently abled-persons may easily enjoy the benefits of government schemes implemented for their welfare.

He also pointed out that discrimination against persons with disabilities continues to prevail in society.

“The Government of India had allocated 5 per cent reservation for the Mahatma Gandhi National Rural Employment Guarantee Scheme. But in some places, the local representatives do not allow persons with disabilities to work in activities taken up under MGNREGS thinking that they are not capable. They provided remuneration of around Rs 1,000 to Rs 1,500 to each for namesake,” Jashowanta said.

It may be mentioned that under the Rights of Persons with Disabilities Act, 2016, the categories of disabilities has been increased to 21 from seven before the enforcement of this Act.

International Day of Persons with Disabilities: Disability-inclusion must for a more abled world

International Day of Persons With Disabilities: 17 in every 100 population estimated to be PWDs, says Dr RK Lenin