Bobby Wahengbam and Maipaksana Haorongbam's Manipuri feature film ‘Eigi Kona’ (Stallone My Pony) and Amar Maibam’s Manipuri non-feature film ‘Highways of Life’ were selected for the Indian Panorama of the international film festival scheduled to be held from January 16-24, 2021 in Goa. 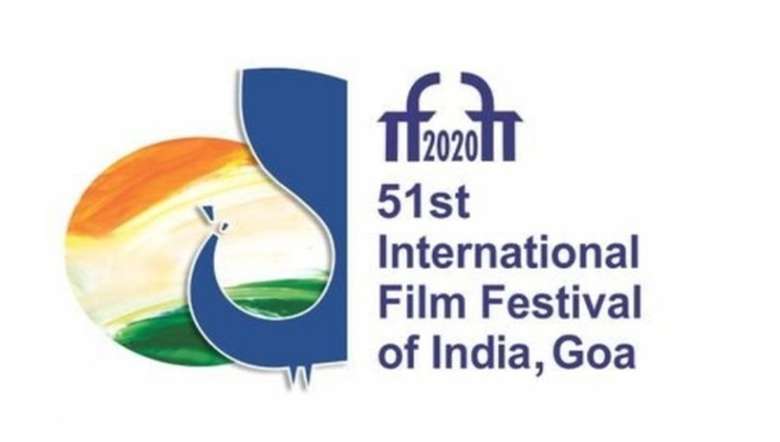 After a gap of three years, a feature film and a non-feature film from Manipur were selected for Indian Panorama of the 51st International Film Festival of India 2020.

Bobby Wahengbam and Maipaksana Haorongbam's Manipuri feature film ‘Eigi Kona’ (Stallone My Pony) and Amar Maibam’s Manipuri non-feature film ‘Highways of Life’ were selected for the Indian Panorama of the international film festival scheduled to be held from January 16-24, 2021 in Goa.

The films selected for the Indian Panorama were announced by Information and Broadcasting Minister Prakash Javadekar on Saturday.

‘Eigi Kona’ was among the 23 feature films selected from a wide pool of 183 contemporary Indian films by a jury of 12 members headed by acclaimed filmmaker and screenwriter John Mathew Matthan.

While ‘Highways of Life’ was among the 20 non-feature films selected from a diverse pool of 143 contemporary Indian non-feature films by a jury of seven members headed by acclaimed feature and documentary filmmaker from Manipur Haobam Paban Kumar.

The Film Society of Manipur said in a release that the 90-minute ‘Eigi Kona’ is an index of how polo players and ponies are leading pathetic lives in the birthplace of polo. Thawai, a young boy, loves to play Polo riding Stallone, a pony. Like him, Stallone is descendant of the horse his famous grandfather rode on playing polo. Again, like him, horses are in shabby positions for want of food and shelter. His father can’t help but to sell Stallone out of poverty where Thawai becomes sick with the pangs of separation from the horse. Such a wonderful and skilful polo pony is now being used to ferry liquor as it is commercially more useful. Unable to see Thawai’s suffering, all including the coach, mentor, and family members try to bring back Stallone. The owner, who used to be a great player, finally hands over the pony to Thawai for the love of the game. The film is produced by Dr K Sushila Devi, former Director of Art and Culture, Government of Manipur.

The 52-minute film ‘Highways of Life’ is a detailed look at the high octane lives of Manipur's Highway truckers. Manipur is literally connected to the rest of the world only through two National highways. But frequent economic blockade, lightning general strike, armed ransom extortion and bad road conditions make these lifelines life-threatening for truckers. The film journeys a group of truckers through these unfavourable highways putting their lives on the frontline, ferrying essential commodities to serve the three million people of Manipur. The film is produced by the Films Division.

Director of ‘Eigi Kona’ Bobby Wahengbam was the Swarna Kamal awardee of the Best Writing on Cinema in his book ‘Matamgi Manipur: The First Manipuri Feature Film’ in the National Film Awards 2017. He is also an active member of Manipur Film Journalists and Critics Association and Film Society of Manipur. He acted as the protagonist in Manipuri feature film ‘Meichak’ (2000) directed by L Banka Sharma. His documentaries ‘Joseph's son’ and ‘Roshni’ were screened at Mumbai International Film Festival (MIFF) organised by the Films Division in 2008 and 2010 respectively.

Co-director Maipaksana Haorongbam is a national award-winning filmmaker whose feature film ‘Eibusu Yaohanbiyu’ bagged the Best Regional film in Manipuri in the National Film Awards 2015 and was also screened at the International Children Film Festival of India, Hyderabad organised by the Children Film Society of India in 2017.

His Tangkhul-Manipuri feature film ‘Wonnam’ (2018) was selected in the Itanagar International Film Festival 2019.

Amar Maibam is the son of legendary filmmaker MA Singh. After learning the nuances of filmmaking from his father and graduation from Manipur University, he learned a one-year cinematography course from Kolkata Film and TV Institute. He made his directorial debut with a documentary tited ‘City of Victims’ (2009). ‘Highways of Life’ has been recently conferred with the best film award at the Liberation Docfest 2020, Dhaka and shown in the competition section of many other reputed film festivals, including the Kathmandu International Mountain Film Festival.