Manipur Chief Minister N Biren Singh said the water amusement park construction would be completed before the end of 2021. 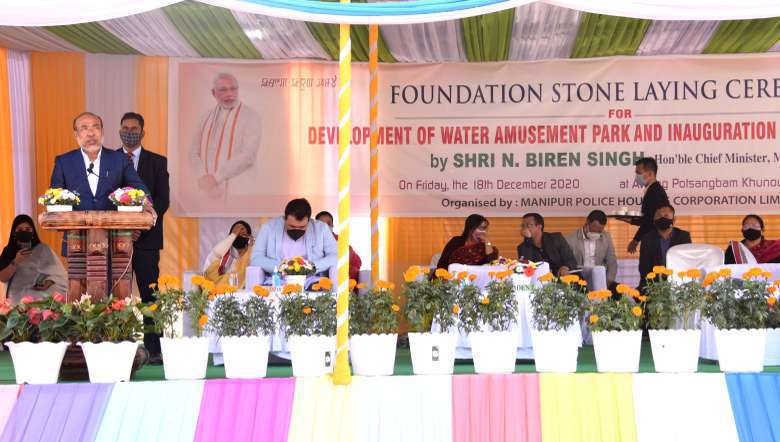 The amusement park would be constructed by Manipur Police Housing Corporation Ltd at an estimated cost of Rs 40 crore at Theng Ngu Chingjin, Awang Potshangbam Khunou.

Addressing the foundation stone laying function as chief guest, Biren said that it has been his long dream to have an amusement park in the state because there is no proper recreational place for the public. He said that he once tried to develop a waterbody along with the park at Lamphelpat when he was chairman of the Manipur Pollution Control Board in 2004. However, it could not be materialised due to different reasons, he added.

The CM said the water amusement park construction would be completed before the end of 2021. He also said around 460 acres of land has been earmarked at Lamphelpat to develop a water body. This would definitely help retain the natural state of Lamphelpat, he added.