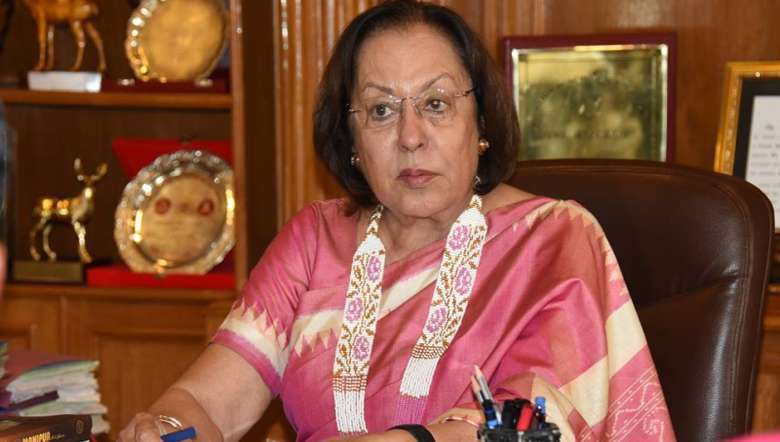 Concerning the holistic welfare of the student community of Manipur Cultural University (MCU), a delegation of Akhil Bharatiya Vidyarthi Parishad (ABVP) and MCU Students Union on Wednesday met the governor of Manipur and submitted a memorandum requesting her for intervention to bring a conclusion in the admission issue at the earliest.

The memorandum signed by secretary of ABVP Manipur, Umesh Tensubam stated that ABVP hopes that the governor must be well aware of the recently occurred violent protests in the MCU regarding the demand raised for admission in Masters courses from various institutions of the state.

Further, the memorandum continued that ABVP had made some studies and collected relevant information after meeting with different stakeholders. ABVP found that the demand for admission in Master courses without a Graduation qualification from a UGC recognised institution was not only proper but would dilute the quality of the course and the university in the long run, it added.

"The students’ body felt that they also should be given a chance to pursue their dreams. The only viable solution we saw is that, if the students are given a one time relaxation and given lateral entry to the courses with conditions which are acceptable with the norms of the UGC, the issue could be solved,” the memorandum mentioned.

It also pointed out that ABVP also felt the need to take steps to recognise the old institutes as a proper UGC recognised college so that students passing out from them could pursue their dreams of higher studies and career anywhere in the country and abroad.

In the memorandum, ABVP urged the governor to kindly step in the matter in the best interest of all.