The Manipur Police on November 26 and 27 froze as many as 36 bank accounts of different Salai companies under the Salai Holdings Private Limited in Imphal. 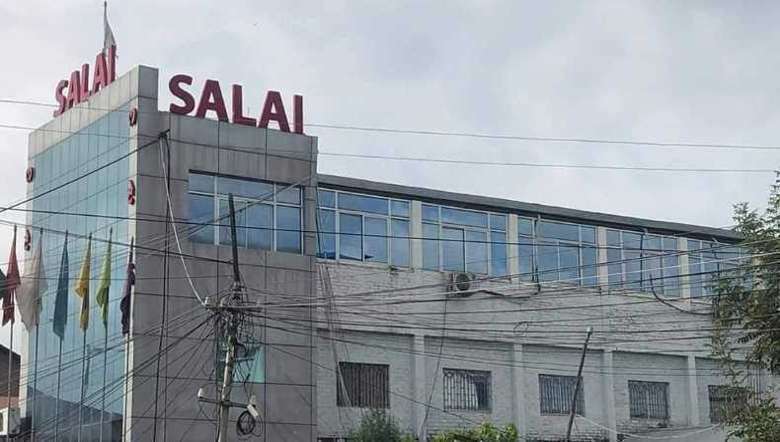 The Manipur Police on November 26 and 27 froze as many as 36 bank accounts of different Salai companies under the Salai Holdings Private Limited in Imphal. In connection with the case, the investigating officer, the additional SP (Law and order) Imphal West district submitted a report before the Chief Judicial Magistrate (CJM), Imphal West.

On December 1, the Chief Judicial Magistrate, Imphal West directed the investigating officer to submit a fresh report, detailing why and whose authority the bank accounts were frozen.

The investigating officer on submission of the report stated that the freezing of 36 Salai Holdings bank accounts was necessary for smooth investigation of the case, and to deliver justice to thousands of investors and to punish the cheaters or defrauders.

It also submitted that SMART society of Salai Holdings Private Limited does not have any bank accounts, and they receive only in cash from investors. They never use any bank transactions while collecting funds from members, it stated. While checking various investors’ passbooks, it was also found that they never write the correct amount but in code or short forms, it added.

The investigating officer stated that different groups of companies' bank accounts under Salai and societies of Salai were funded from the money collected from individuals who are investing at the SMART society.

Allowing the operation of those accounts which involved collecting huge amounts of money from different individuals by the way of cheating and making a wrongful gain by the company will facilitate a continuation of fraud and cheating by the officials and staff of SMART society and its different units, it stated. So, all the bank accounts of Salai Holdings private limited have been frozen, the investigating officer mentioned in the report.

The additional SP earlier informed the CJM that the accounts were frozen in connection with a case registered against Salai Holdings Private Limited at Imphal police station following a complaint lodged on March 3 by one Chingtham Tomcha, 79, son of Ch Manao of Thangmeiband Hijam Dewan Leikai, who is an investor.

In his complaint, Tomcha stated that in December 2015, he deposited Rs 40,000 to the private bank located at Uripok Khumanthem Leikai at the rate of 2.8 interests per month. As he never withdrew the due interest from the bank, the bank officials converted the interest into capital. The capital amount at the bank in April 2019 was Rs 1, 40,986, as per the complainant. When he visited the bank for withdrawal of some money, the account was found closed, the complainant stated.

The investigating officer’s report stated that the SMART society with its head office opened at Sagolband Tera Loukrakpam Leikai and its various extensions function like illegal banks as they allow depositing of money only in cash by investors/customer/members in the name of membership fee. The payment of interests to investors/customers/members is also given only in cash, it stated.

It further stated that they operate their extensions branch as well as head office as units for issuing of membership forms. The report mentioned SMART Society, Uripok Khumanthem Leikai as one example.

The forms filled by any individual for membership is sent to the Board of Directors for approval, it stated. As per rules, the individual approved by the board of directors has to pay a sum of Rs 200 membership fee. But the deposits made by investors/customers or the so called members are actually unlimited and they are made in terms of lakhs that also in cash, it stated. The individuals can deposit their money only in cash to any branch of SMART Societies at the rate of 3 percent interest per month, it added.

The main function of SMART Society is to collect funds from investors in the name of membership contribution, the report stated. It mentioned SMART Society has investors/customers/members of around 6,000 in number, and the amount they collected are in terms of hundreds of crores of Rupees.

All the money collected from the investors is utilised by the Board of Directors in consultation with the Managing Director, and invested in the development and growth of different Salai groups of companies and Societies/Services, it added.