There are around 34,355 injecting drug users in the state as per the survey conducted by the Union Social Justice and Empowerment Ministry in the year 2019. 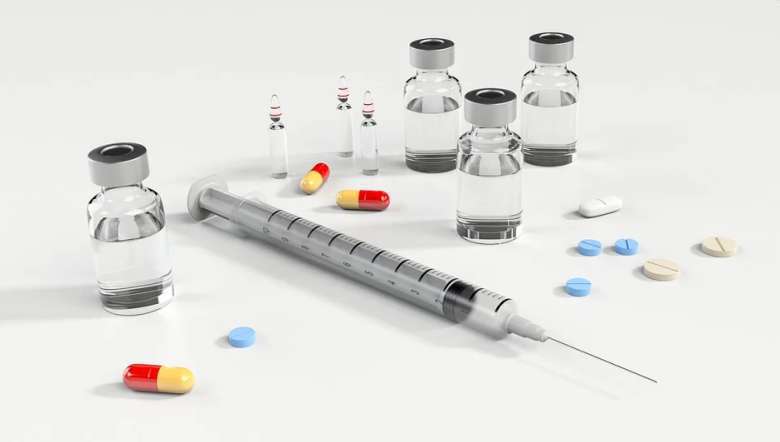 Manipur, which has been battling for decades to check the increasing number of drug users and rise in the illicit drug trade, has been witnessing mushrooming of rehabilitation and de-addiction centres in recent years. These centres, however, are faced with several problems, which dampen their very objectives. In the effort to address the many issues, including cases of human rights violation in some of the centres, the need for state-specific regulatory guidelines for the de-addiction centres is felt by concerned citizens. In view of it, several private de-addiction centres in the state have raised serious concern over the state social welfare department order to follow the Centre’s guidelines for the prevention of alcoholism and substance abuse regulations.

Majority of the 54 private detoxification or de-addiction centres in the state strongly oppose the state social welfare department order. The Central government’s regulation for the Prevention of Alcoholism and Substance (Drug) Abuse 2009 was formulated by the Union Social Justice and Empowerment Ministry.

Shortage of beds in Integrated Rehabilitation Centres for Addictions

One of the many problems include the shortage of beds in the 21 Integrated Rehabilitation Centres for Addictions (IRCA) that are funded and sponsored by the Union Social Justice and Empowerment Ministry. The bed capacities provided by the said centres are not enough to accommodate the ever-increasing numbers of drug users in the state, particularly among the young generations.

There are around 34,355 injecting drug users in the state as per the survey conducted by the Union Social Justice and Empowerment Ministry in the year 2019. And, the number is growing.

Apart from the government-funded state-run de-addiction centres, there are several privately owned detoxification centres in the state, numbering around 54. However, these centres are reportedly functioning in an arbitrary manner as there is no proper regulatory mechanism to monitor them or the staff in charge of the treatment of the inmates. Owing to it, several incidents, including gross human rights violations, in the rehab centres are often reported.

Cases of inmates succumbing to harassment, verbal abuse, human rights violation and improper treatment of inmates and lack of basic amenities at the rehab centres are reportedly becoming rampant nowadays. Around five inmates in different de-addiction centres are reported to have died due to violent incidents at the centres in the last three years.

To prevent such instances, various sections of the society have been demanding the state government to check the mushrooming of de-addiction centres and regulate the centres with certain guidelines.

They also demanded that all the centres should be registered under the Department of Social Welfare so that the centres run with uniformity by maintaining a minimum standard of service.

Recently, a Public Interest Litigation was filed by the president of the Community Network for Empowerment (CoNE) and the president of The User Society for Effective Response, Manipur. They demanded all the non-funded private rehabilitation centres to be brought under the purview of the state government.

The PIL also prayed to frame specific minimum standard rules or guidelines to be followed by the non-funded private rehabilitation centres in the state of Manipur.

Following the PIL, the High Court of Manipur had directed the state government to frame the regulation within three months.

In response to the high court’s order, the department of Social Welfare issued a notification on December 2 which stated:

“All the private de-addiction centres in the state will be regulated and get registered under the Department of Social Welfare, government of Manipur. These centres shall conform to the prescribed minimum standards of services for the programme under the scheme for Prevention of Alcoholism and Substance (Drugs) Abuse, 2009 formulated by Ministry of Social Justice and Empowerment as per the Union cabinet decision taken on October 10, 2020, until further order.”

Majority of the private rehabilitation centres are unhappy with the government decision and objected to the regulatory guidelines issued by the Social Welfare department on various grounds.

In an interaction with the Imphal Free Press, one petitioner Maibam Jogesh Singh explained the need for state-specific guidelines for the de-addiction centres in the state.

“Considering the gross human rights violation in the centres, we have been demanding the state government to frame state-specific guidelines for de-addiction centres which will be feasible in the state,” he said.

“We have also submitted the guidelines jointly framed by some private detoxification centres as a contribution to the department of Social Welfare. The department assured us of considering it. But issuing an order to regulate the de-addiction centres under the Central ministry guidelines is like an imposition. We cannot accept the order of the state government,” he contended.

The guidelines submitted by the private rehab centres

Jogesh, who also runs a private de-addiction centre called Punsi Rehabilitation Centre since 2012, said that the guidelines submitted were framed after minutely analysing the present issue of drug menace and economic status of the state.

The drug menace of the state is severe and different from other states. Apart from the ever-increasing population of drug users, illicit drug trade in this border state is also growing. The rampant poppy cultivation is also posing another challenge to the government and the people as a whole.

Manipur’s war against drug is turning into a losing battle as the growing drug menace remain unabated. As such, special focus specific to the state is required instead of implementing the rules framed by Central ministry, he said, detailing the joint guidelines.

“In our guidelines, we suggested that every de-addiction centre with a maximum of 50 beds should be looked after by altogether 12 staff and fees for inmates were range between Rs 200-Rs 250. Minimum treatment duration should be three months,” he said, adding, “According to the Central ministry guidelines, a centre should be operated by 21 manpower in 50 bedded hospital and minimum duration of treatment was around one month”.

Fees charges decided in the joint guidelines is nominal, Jogesh maintained. He said both inmates can bear and the owner of the centre can run it, maintaining standard norm.

However, increasing the number of staff would mean an increase in fees which will become one major reason that might discourage parents and guardians from admitting abusers in rehab centres, he added.

Majority of the population in the state, particularly the substance abusers are economically deprived and hence increasing the rehabilitation fees more than the amount decided in their guidelines will be a big burden for inmates to pay, he added.

Jogesh also said that guardians of some of the inmates struggle to pay even the present charges at centres. Many are not able to afford to keep their wards in the centres, he said, adding that the government-funded centres are charging around Rs 2,000.

"The de-addiction centres funded by Central ministry are not supposed to take monthly fees from inmates. However, giving the reason that the amount of money funded for inmates for food is too meagre which is not enough as it just Rs 75 per day, the centres are taking charges of around Rs 2000," he pointed out.

No mention of grievance cell in Ministry’s guidelines

The petitioner also mentioned that opening of grievance cell is not mentioned in the Central ministry's guidelines which is considered essential in the state context.

“The state will be in grave danger if the centres started closing down for not being able to follow the guidelines,” he cautioned.

Centre’s guidelines conventional, not suitable in the context of Manipur

To continue the treatment programme with the present trend and way forward, they had demanded state-centric norm, he said.

Sharma stated that the severity of the drug issue is very high in the state. As such, just one-month treatment in a correction centre as per the ministry guidelines is not suitable in the state context. According to experts, rectifying one's behaviour requires at least 90 days.

The rehabilitation staff needs refresher training from time to time to update them about the latest trend of treatment required for the inmates at the centres. However, the training provided under the Central ministry are “too redundant and conventional”, he added.

"We don't want to compare with the ministry's guidelines and don't want to say their guidelines are bad. What we expect is frame a comprehensive regulation which would work in the state of Manipur by giving special attention and become an exemplary regulation," he suggested.

Sharma also stated that contribution made by privately owned de-addiction is immense in curtailing the drug issue and the state government should give due interest and extra effort to make the rehabilitation centres function effectively instead of directly imposing the Centre’s guidelines.

Another petitioner, RK Nalinikanta pointed out: “It is clearly mentioned the Manipur State Policy on Substance Use 2019 would be implemented soon to frame state-centric regulation for de-addiction… Even the high court had directed to frame the regulation for the state. However, the department directly trying to implement the Centre’s guidelines is very unfortunate”.

Recalling that the demand to regulate de-addiction centres was made to the social welfare department since 2017, Nilikanta said that reportedly around five people have lost their lives in different private rehabilitation centres following harassment and ill-treatment.

“After every instance, we mounted pressure on the social welfare department to speed up the process of executing specific guidelines for the state, which would greatly benefit the centres as well as the inmates. To speed up the process, the guidelines were also submitted after being jointly framed by some de-addiction centres,” he reiterated.

Meanwhile, in view of the concern expressed by the private rehabilitation centres and petitioners, Social Welfare director Ngangom Uttam Singh, speaking exclusively to the Imphal Free Press, said that it would take nearly one year to frame state specific guidelines for de-addiction centres.

The need for state-specific regulations increases as the state continues to witness increasing cases of human right violations in de-addiction centres. The situation compelled the department to implement the regulation formulated by the Union Social Justice and Empowerment Ministry in 2009, the social welfare director clarified.

However, in due course of time, the department may amend the regulation as per the need of the hour, he said.

Uttam Singh assured that the department will give reasonable time to de-addiction centres to meet the norm of the said regulation.

The fight against drug menace in Manipur has been a long haul. As concern grows in view of the increasing number of young drug abusers in the state, the social welfare director appealed to people of the state, civil voluntary organisations, and the line department to extend their cooperation and support to root out the decades-old drug issues from the state and save the future generation.