The farmers launched the hunger strike, which began at Singhu border, demanding the government to revoke the farm laws. 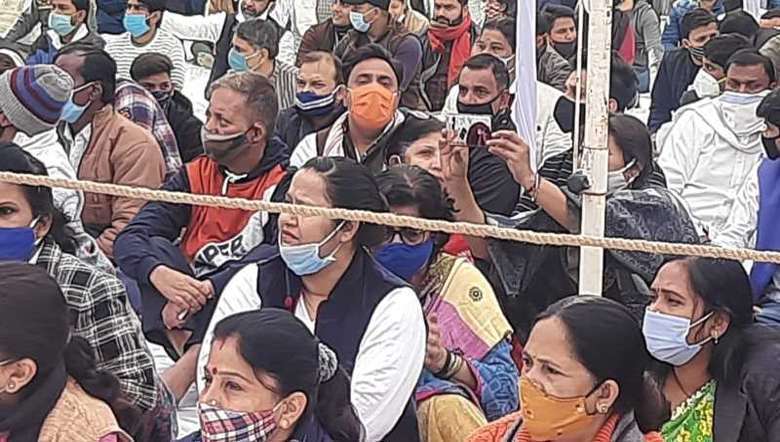 A large number of farmers in India, who have been leading the protest against the new farm laws, are on a day-long nationwide hunger strike, at the borders of the national capital Delhi Monday.

The farmers launched the hunger strike, which began at Singhu border, demanding the government to revoke the farm laws.

Security has been beefed up as the protest was being staged at all district headquarters across the country from 8 am to 5 pm Monday.

The farmers plan to intensify their agitation against the farm bills of the Narendra Modi government from December 14.

In a show of solidarity to farmers, ministers and MLAs of the Aam Aadmi Part (AAP) are also holding a day-long hunger strike.

A huge number of supporters of the farmers' agitation also joined the hunger strike and staged sit-in demonstration at several places.