Over 3,000 school van drivers left in lurch despite HC directive to provide assistance

As thousands of school van drivers and owners in Manipur struggle for alternative livelihood amid the COVID pandemic, they demand minimal loan from the government. 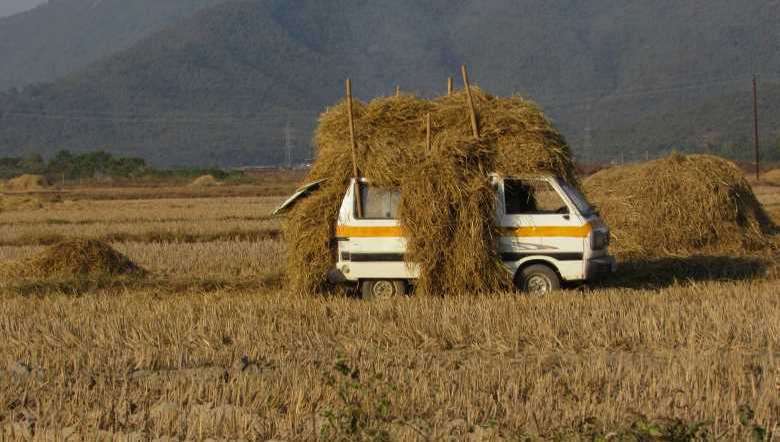 Over 3,000 school van service drivers and owners in Manipur have been struggling for livelihood for the last 11 months. The High Court of Manipur had directed the state government to provide financial aid in the form of a grant or fresh loan on a concessional term to each member of the All Manipur School Student Transporters Association (AMSSTA), but no action has been taken yet.

“We tried to take up other business, nobody is willing to hire us. With no means of income, we are unable to contribute a single paisa for the family,” one Yaikhom Sonamani, a school van owner, told the Imphal Free Press.

Hailing from Khagempalli Panthak, Imphal West, Sonamani said since lockdown was imposed in the state and schools were shut down, most of the school van drivers have been struggling for livelihood.

In view of the outbreak of COVID-19 and for the safety of students, the state government had taken various initiatives, including shutting down of all schools in the state.

Although the state government has put a ban on passenger service for diesel auto and others, including shutting down of the three Khwairamband Ima Markets, most of them were still earning when the lockdown was relaxed temporarily, he added.

“To get extra income during lockdown I started manufacturing iron furnace for domestic use but due to lack of raw materials and its price hike I am not able to make much profit so that I can run my family,” Sonamani said.

“If there is no source of income, giving a little amount of ration from the government will not help, I am confused what to do so that I can feed my family as no professional workers are willing to cooperate with the school van drivers,” he added.

He appealed to the government to take necessary measures to help school van drivers as van drivers are living in a miserable condition.

One Rabikumar of Nganapithong, Imphal told Imphal Free press before the outbreak of COVID-19 he could manage his family.

“In the initial days of the lockdown he could manage from the saving that he had done earlier, but 11 months have passed without having any source of income, with what I can manage my family? To sum up some money from my monthly income I enrolled at some local tender. For the monthly contribution amount, I have to contribute by borrowing from others. Though to get some extra income I join at a driving training institute as an instructor but that also I could get hardly about Rs 3,000 in a month. Sometimes I do not get any income for months if no trainee get enrolled in the institute”, said Rabikumar.

Recently the state government has given financial loans for street vendors. Rabikumar urged the state government to give a minimal loan for the school van drivers also so that the drivers can start an alternative business for the time bring during the lockdown. Though he wants big financial loans, if the lockdown continues he might not be able to pay back the loan amount, he added.

One school van driver named Laishram Chandrakumar, 47, of Haobam marak Keisham Leikai, Imphal West told IFP over the phone that the COVID-19 situation is giving the worst impact both physically and mentally.

“I am the lone bread earner and most of the small businesses I tried during lockdown have failed. All my back up savings has been spent but I am waiting to resume the school van service,” said Chandrakumar.

He further said that he even started selling ngari (fermented fish) which cannot be decomposed was started. But as one of his relatives tested positive for COVID-19, the same business could not earn even the amount for principal he spent despite getting profit as his residential area was announced as containment zone.

“Being the sole bread earner in the family of six members, including one person with a disability, I am facing difficulty in managing my family,” Chandrakumar lamented.

For the time being, the family is being run by borrowing money from others. People started ignoring him thinking he will ask for money, he added.

Treasurer of AMSSTA, Maibam Prafullo Singh toldImphal Free Press that the association has filed PIL at High Court of Manipur. In response to the PIL which was published in local papers that the court has directed the state government to constitute a committee within a week to verify the genuineness of the hardship being faced by members of the All Manipur School Student Transporter Association (AMSSTA).

The directive was issued by a single bench of Justice Kh Nobin, in connection with a petition filed by AMSSTA seeking financial assistance from the state government by way of interest-free loan up to Rs 2 lakh to each of its members.

He said guardians of the school students who are getting the school van service should be aware that they are hiring the school van in the contract for one year. The service was stopped since nearly last week of March when the lockdown was started and the schools were shut down. If the guardians could pay the monthly transportation fees for March under humanitarian ground then the school van drivers could manage a little in their financial issues, he added.

Schools could reopen anytime. If the guardians think that they will pay for the service month then the van association might take the steps to delay their service for some months though the school may resume soon. Adding that ceasing of school van service could bring a huge negative impact in the society including traffic congestion, he added.

He said during the lockdown about 5 members have died due to illness but not due to COVID-19. When the association ask the family members on the matter, they were told that as the drivers do not have monthly income and all the saving money have been spent they failed to afford the expenditure on the treatment, he added.