Twenty-eight teams will vie for the winner’s shield and a cash incentive of Rs 70,000. 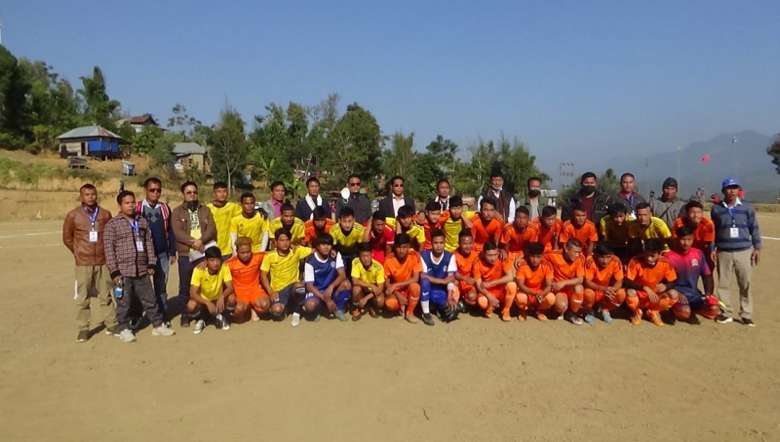 Twenty-eight teams will vie for the winner’s shield and a cash incentive of Rs 70,000. The programme witnessed a one-minute silence in memory of those martyred during “Zougal (1917-1919).”

The inaugural programme coincided with the inauguration of Zou film 'Pu Zosuan Ihi Uh' which literally translates as “we are the descendant of Zo '' by chief of Bungmual H Mangchinkhup.

UZO president said that he was happy that the 21st Zougal Memorial Shield can finally see the light of the day after many delays due to COVID-19 pandemic.

He said that 28 teams from UZO units /blocks will take part in the tournament. From next year, it will be an open tournament, he said while congratulating the Zougal shield committee for their efforts to launch the programme. The tournament was revived after 20 years under his presidency, he mentioned.

The first match was played today between UZO Tuining and UZO Imphal block, and it ended with the score of  2-0  in favour of the former. The final match will be played somewhere in the early part of next year, said the organiser.