The One-Day Friendly Football Match was organised by the Moreh Battalion of 43 Assam Rifles under the aegis of IGAR (S) as part of the Fit India Movement campaign. 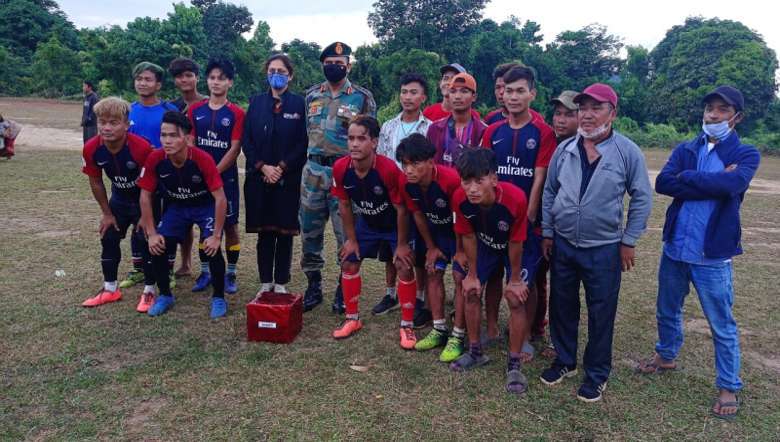 As part of the campaign of Fit India Movement launched by Government of India, the Moreh Battalion of 43 Assam Rifles under the aegis of IGAR (S) organised a One-Day Friendly Football Match for border villages at Chalson Tengnoupal village, Tengnoupal district.

Villagers from border villages, including T Bongmol and Chalson Tengnoupal joined the friendly match organised by the Chonjang Outpost, 43 AR, in which T Bongmol became the winner.

Speaking at the programme, Col Sood assured that the Assam Rifles will take up levelling and renovation works of Ch Tengnoupal football ground before Christmas.