Novel Muraingrass identified in plateaus of Western Ghats of Goa 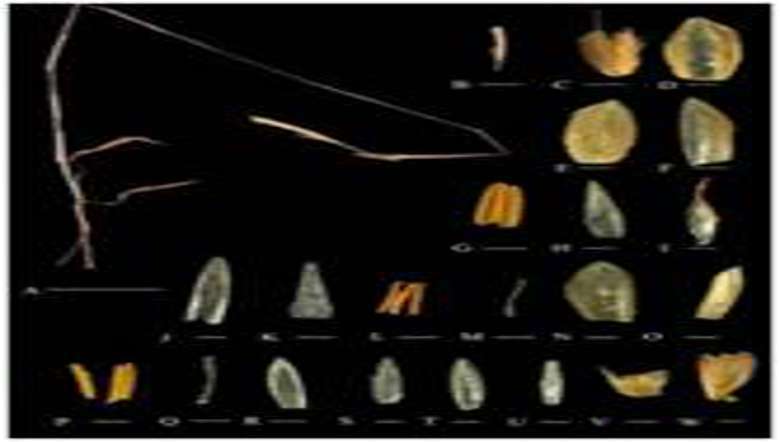 A new species of Indian Muraingrasses known for their ecological and economic importance, such as fodder, have been spotted by scientists in Goa in the Western Ghats, the Science and Technology Ministry said.

The species have adapted to survive harsh conditions, low nutrient availability, and blossoms every monsoon. Globally 85 species are known from Ischaemum, of which 61 species are exclusively found in India. The Western Ghats have 40 species with the highest concentration of the genus.

The ministry stated in a release that Agharkar Research Institute (ARI), Pune, an autonomous institute of the Department of Science & Technology, has been exploring the biodiversity of the Western Ghats for last few decades. It said that a team led by Dr Mandar Datar and Dr Ritesh Kumar Choudhary from ARI has been working on relationships among different groups of plants and their evolutionary development (plant taxonomy and phylogeny) of Indian Muraingrasses (Genus Ischaemum) to document the diversity and report novel species.

The ministry also stated that the team discovered a novel species named Ischaemumjanarthanamii from the plateaus of Western Ghats of Goa, and a research paper describing this species was published recently in Annales BotaniciFennici, a Finland-based journal.

During their explorations on lateritic outcrops (habitats where portions of freely exposed bedrocks protrude above the soil level due to natural reasons) of Goa, the ARI team collected an interesting specimen of the species. Careful observations and critical morphological studies identified the species as a novel one. The species was named Ischaemumjanarthanamii in honour of Prof MK Janarthanam, Professor of Botany, Goa University, for his contribution to the Indian grass taxonomy and documentation of the floristic diversity of Goa state.

Ischaemumjanarthanamii grows on low altitude lateritic plateaus in the outskirts of Bhagwan Mahavir National Park, Goa. The vegetation is exposed to extreme climatic conditions like desiccation in drier months and soils with low nutrient availability. However, withstanding these, the species has adapted to survive harsh conditions and blossom every monsoon, the ministry added.