Amid the celebration of their 57th Raising Day in Imphal on Sunday, the MHGEWA raised the issue of the revised honorarium which the personnel is yet to get for 11 months till date. 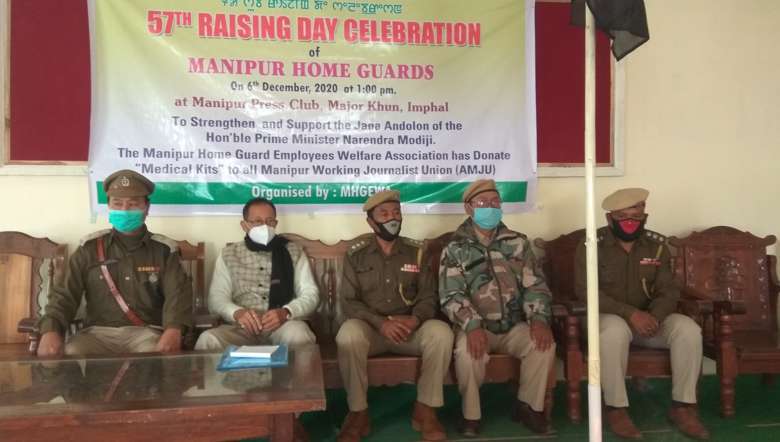 The Manipur Home Guard Employee’s Welfare Association (MHGEWA) has urged the state government to provide the revised honorarium amount which the personnel are yet to receive for 11-long months till date.

MHGEWA president Mangi raised the issue while speaking at the 57th Raising Day celebration held at the Manipur Press Club, Majorkhul in Imphal on Sunday.

Mangi said the state government issued an order on February 28, 2020, for a raise in their monthly honorarium with effect from January 2020, but no raise has been received by the home guards till date.

Following the demand, the state government had ordered increment in their remuneration in February.

Mangi said on October 11 he along with some members met Chief Minister N Biren and during the meeting, the chief minister instructed concerned officials to give the revised amount as arrear along with the monthly honorarium. But, so far, no personnel has received the increment amount, he added.

Highlighting the issue, Mangi urged the state government to ensure payment of pending revised honorarium for 11 months to the home guard personnel at the earliest.

As a part of the Raising Day ceremony, the association flag was hoisted during the programme.