With the infusion of central funds, the campus became a haven for contractors with the engineering cell of the university as the centre-piece. 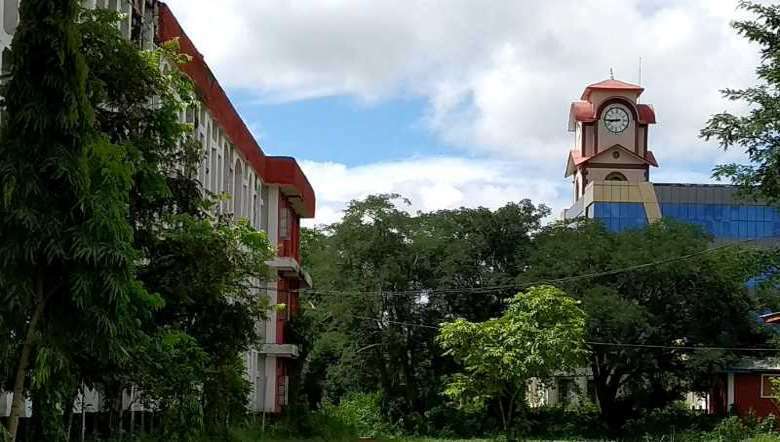 The situation is fluid in Manipur University now, headless for lack of Ministry of Education order on who should take charge and a court case by former VC Professor Adya Prasad Pandey. It may be recalled here that, former Chief Secretary of Manipur Jarnail Singh was appointed by the High Court of Manipur as Administrator of the University and he was relieved of his duties as Administrator on November 30 on his request. Normally, according to the statutes Jarnail Singh is required to hand over charge to the senior-most Professor of the University, of course with the approval of Ministry of Education. However, the ministry is still silent on who should take charge as the case against the termination of Professor Pandey is pending in the Delhi High Court. In the meanwhile, social media circles are ripe with posts of the senior-most Professor Amar Yumnam taking charge as VC without a green signal from the ministry. The powerful Manipur University Students Union (MUSU) has given an ultimatum to the ministry to appoint a VC in-charge before December 4 failing which they would be compelled to launch an agitation.

The ministry is in a bind now as appointing a new and regular VC is not possible at the moment in view of the case filed by RSS favourite Prof AP Pandey who was ousted from the post following an Inquiry Commission report. In an inquiry report, Pandey was found indulging in financial and administrative irregularities, including misconduct, dereliction of duties, abuse of power and lack of commitment, causing great harm to the academic environment and bringing the university into disrepute, according to an order issued by the Government of India. Appointed as Vice-Chancellor of Manipur University on October 26, 2016, Pandey was placed under suspension in 2018 after violent protests erupted on campus, which led to the prolonged shutdown of the university. The protest was launched by the Manipur University Students’ Union, later on joined by teachers and other staff members. In his absence, former Chief Secretary of Manipur Jarnail Singh has been serving as administrator of the University, following an order of the High Court of Manipur.

Manipur University came into being in 1980 from the remnants of the JNU Centre at Canchipur with the likes of eminent academician and physicist BD Nag Chaudhuri and Prof PK Basu as its founding Syndicate members. Like Prof Pandey, the first VC of Manipur University Prof Rotho was given forced leave following a prolonged agitation by the students protesting his arrogance and maladministration. Prof KJ Mahale, the second VC practically built up the University from the ashes and took it to new heights. A string of VCs followed, but none as notable as Prof Mahale. He is still remembered dearly. When it was converted into a Central University in 2005, the academic atmosphere in MU campus suddenly changed. With the infusion of central funds, the campus became a haven for contractors with the engineering cell of the university as the centre-piece. Even professors with impeccable academic record in their fields got sucked into the lure of contract works and its frills, while academics was thrown to the winds. Manipur University fell in the All India University rankings.

Then, Prof Pandey came to the scene. The university community had no use for him and he had to finally go. Now, the question is why did Rotho and Pandey failed. The most important factor was that both of them did not understand the complexities of Manipur nor did they tried. Both of them treated Manipur like a backwater which immensely hurt the pride of the Manipuris. So, we need a professor with academic excellence and impeccable integrity who understands the local dynamics.

Manipur University certainly does not need another agitation. The ministry need to come clean of the legal entanglements and appoint a new VC in-charge who could bring the University community in peace with itself.