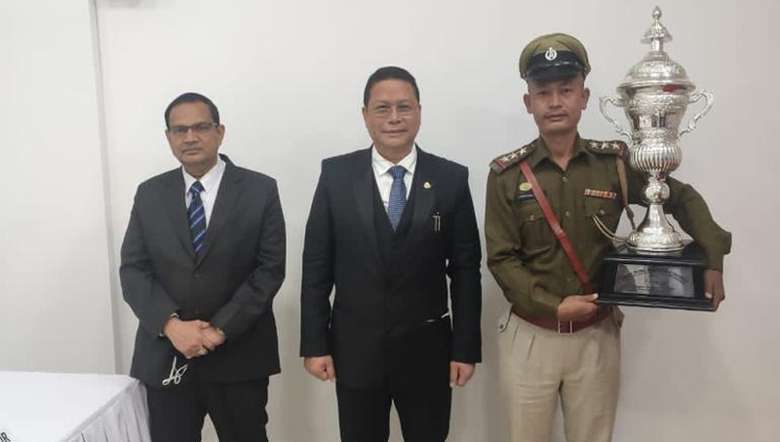 Nongpok Sekmai Police Station in Manipur's Thoubal district has been selected as the best police station in the country for the current year.

A release by PRO Police department W Basu Singh on Wednesday stated that the trophy for the best police station has been given as a recognition of professionalism, hard work, dedication and community oriented policing by the Manipur Police.

In 2015, during the DsGP conference in Kutch Gujarat, the prime minister directed the DsGP to lay down parameters for grading of police stations on their performances as well as citizens' feedback.

An MHA team inspected the police station on October 10, 2020, and checked various parameters, the release stated.

"The achievement has been possible due to sincere efforts of Officer-In-Charge, Nongpok Sekmai Police Station Inspector Keisam Premkumar Mangang and his team under the strict guidance of Superintendent of Police, Thoubal District Dr. S. Ibomcha Singh, MPS and under the supervision of senior officers of Manipur Police Department, the able leadership of Director General of Police, Manipur L.M. Khaute, and overall supervision of chief minister of Manipur N. Biren Singh who is also Home Minister of Manipur," the release said.

The release also mentioned that Nambol Police Station, Bishnupur District and City Police Station of Imphal West District, Manipur were selected as the Best Police Stations of Manipur for the year 2018 and 2019, respectively by the Ministry of Home Affairs, India.

Manipur Police will continue to work hard with commitment and professionalism in the service of the people of Manipur in the years ahead, the release added.