Tarao: How the 'Forgotten tribe' of Manipur is battling to survive

As per reports, Toto, a primitive Indo-Bhutanese tribe hailing from Totopara in Jalpaiguri district of West Bengal, numbering less than 1500, is said to be the smallest tribe in the world. But going by the population Census 2011, Tarao  tribe numbers smaller than Toto tribe. The population of Tarao is only 1,066, according to the census. 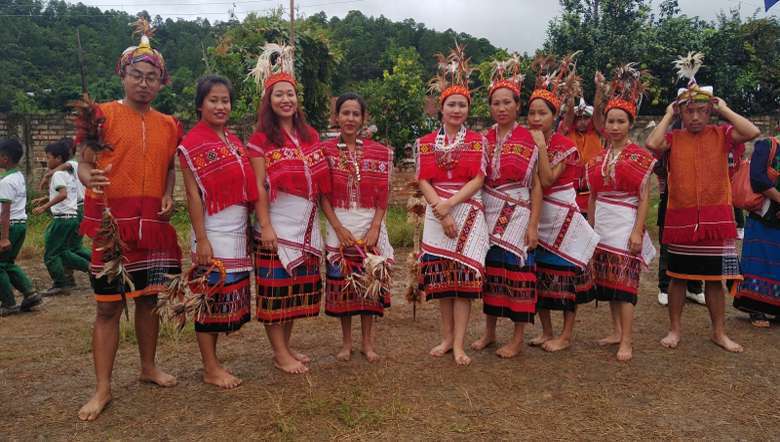 At a time when many parts of the world are struggling with the issue of population explosion, Tarao—one of the smallest tribes from Chandel district in Manipur facing extinction, is struggling to preserve the tribe.

As per reports, Toto, a primitive Indo-Bhutanese tribe hailing from Totopara in Jalpaiguri district of West Bengal, numbering less than 1500, is said to be the smallest tribe in the world. But going by the Population Census 2011, Tarao tribe numbers smaller than Toto tribe. The population of Tarao is only 1,066, according to the census.

Currently, the Committee on Promotion of Tarao Community (COPTARC) informed the Imphal Free Press during a survey that the tribe population now is only 900. Till 2018, the population of the tribe was around 855 with a total of about 192 households, excluding the Tarao’s who have merged with other tribes, the COPTARC stated.

Many of the tribe people who are dominated by other communities in the places of their settlement have merged with other larger tribes, thereby losing their identity in the process. Due to their small population, the Tarao tribe is being compared to the endangered species Sangai which is found only in Manipur.

Although the Tarao tribe is said to have settled in Manipur since 1075 AD, the Government of India recognized Tarao as an aboriginal tribe of Manipur only in 2003. Some say that they came from erstwhile Burma and settled in parts of Manipur, mainly in Chandel. Some of its population are found in Ukhrul.

The tribe inhabits four villages in Chandel district - Laimanai, Leishokching, Khuringmuul and Haikakpokpi, and one - Sanakeithel village - in Ukhrul district.

The tribe, known for its distinctive cultural heritage, is now the 31st tribe in the Scheduled Tribe (ST) list of Manipur. However, the demand for inclusion of the Tarao tribe under the Particularly Vulnerable Tribal Groups (PVTGs) has not been fulfilled yet.

Speaking to the Imphal Free Press, Tarao Literature Society (TLS) chairman Morre Tarao said, “The United Nations Educational, Scientific and Cultural Organisation (UNESCO) in 2009 had declared that the Tarao tribe has become extinct as their official language is no longer spoken”.

Amid the concern and fear of their extinction in the face of a marginal increase in their population, the Tarao tribe under the Committee on Promotion of Tarao Community (COPTARC) has appealed to the governments, both the state and Centre, to take steps for saving the tribe from extinction and to include them under the Particularly Vulnerable Tribal Groups (PVTGs) in 2014, Morre added.

According to the United Nations Declaration on the Rights of Persons belonging to National or Ethnic Religious and Linguistic Minorities 1992, the state shall be responsible for the protection of the existence of national or ethnic cultural religious and linguistic identity of minorities within their respective territories and also encourage and promote the identity of such groups/ communities.

“However, till date, there is no response from both the state government and the Centre,” Morre said.

The TLS chairman also said that the population is decreasing as being a minority, many of the tribe people are forced to merge with other majority tribes.

“Since the Tarao tribe usually falls under minor group wherever they settled, many Tarao families are forced to merge with other tribes for their survival,” he said.

The Tarao clans include Katrimsha, Chanasa and Tlangsha who have merged with the Tangkhul tribe in Ukhrul district.

He said, “We do not have a representative in the state assembly till date. However, we manage to elect one member of Autonomous District Council under Chandel district”.

He narrated that the Tarao tribe used to organise annual Tarao conference where traditional dances, songs, game and sports were organised and handicrafts and other cultural items were displayed to preserve the tribe. But he said that the same could not continue since 2017 owing to financial constraints. Insufficient land area to expand and lack of agricultural land has worsened their living, he added.

A general profile of the Tarao tribe compiled by the Committee on Promotion of Tarao Community stated that Taraos are believed to have emerged from a cave at Houbi hill at the bank of Chindwin River in Myanmar. Thereafter they migrated to one place to another and eventually entered to the eastern part of Manipur.

The Tarao is found mentioned for the first time in the Old Chronicle of Manipur, The Laiyumba Shilyen and the Royal Edict of King Laiyumba (1072- 1122 A.D), which refers the duties to be performed and tribute to be paid by the Taraos.

It stated that the accounts of Tarao are found in the Royal Chronicle, Cheitharol Kumbaba reflecting their involvement in the Manipur state affairs as early as 1263- 1467 A.D. The Taraos were brought by Maharaja Ching-Thang- Khomba(1748-1798 A.D.) who was a Manipur Monarch of the 18th century, to look after his orange trees at Komlathabai, presently under Chandel district.

President of Tarao Tribe Union Mela, speaking to the Imphal Free Press, is of the opinion that low birth rate and high mortality rate among the youths could be one reason why the population is not increasing. However, it is observed that the population of Tarao has gradually increased to a certain extent during the last 20 years, he added.

The major festival of the tribe, Kumpi lhung, is celebrated once every five years. The Tarao tribe has a rich cultural dress and they were known for their handicrafts. The standing population of the present Tarao somehow preserved their own cultural heritage, their traditional attire and performing arts, said Mela.

However, there is a fear that the dress and handicrafts may also gradually disappear since the present modern generation has no more interest in weaving the traditional dresses and practising the handicrafts, he added.