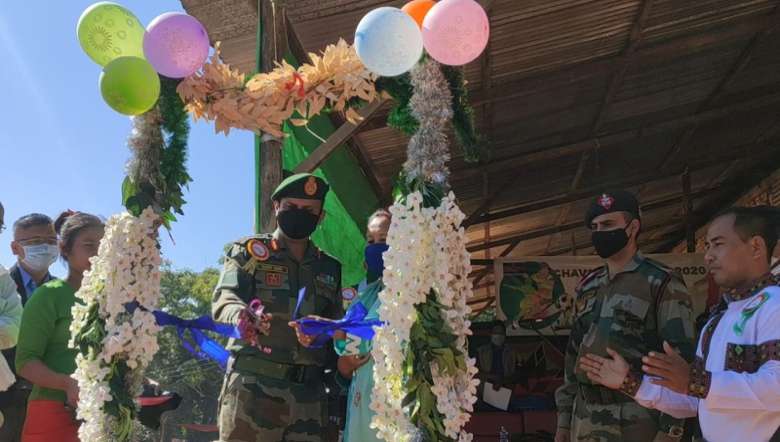 While renovating the football field by 43 Assam Rifles, Chavang Soccer was also kicked off at the same place.

Col Sumit Sood spoke about the importance of good health in fighting against COVID-19 pandemic and urged the people to wear masks and maintain social distancing. He also assured that AR will continue to extend assistance in developing and renovating necessary sports infrastructure.

Cecilia Haokip said that sports play an important role in people’s life and a sporty person maintains a healthy life which can beat the evil of substance abuse.

In his speech, Thangminlun Gangte urged the youths to use their mentality in positive and constructive ways.

"One can use his physical strength and mental power in both destructive and constructive ways. How you use your mental power is most important,” Thangminlun said.