Increasing gender disparity and its implications for Manipur

Manipur has now become the state with the lowest sex ratio in India. 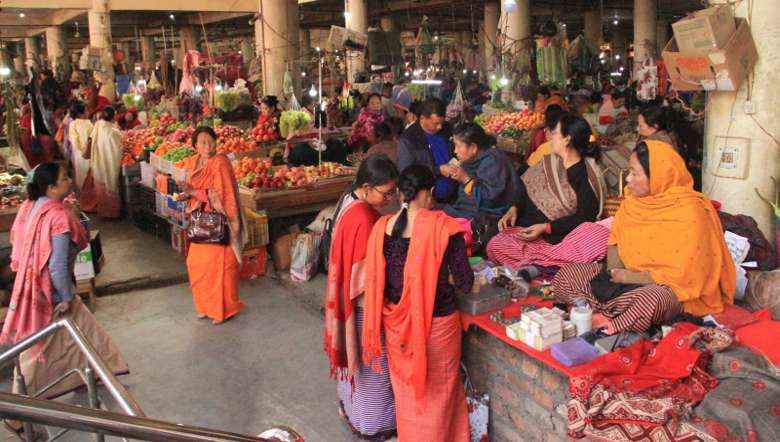 The Northeast of India has always been the beacon of hope for gender equality and women’s rights. While the region does have internal societal challenges, they are nothing compared to the challenges faced by women in several other parts of the country. Manipur has always stood out in this regard and is one of the few states that provide a good example of the place a woman should be given in the family and in society. But it seems that is no longer the case. While women continue to enjoy a somewhat equitable status in Manipuri society, the future of women in Manipur is now looking bleak and shrouded with uncertainty.

A recent report published by the Office of the Registrar General & Census Commissioner of the Government of India has brought forward some alarming statistics for Manipur. According to its Annual Report on Vital Statistics of India based on the Civil Registration System, the sex ratio at birth in Manipur has fallen to as low as 757. This means that for every 1,000 male children born in Manipur, only 757 female children are being born. It is not just this figure which is alarming. What is equally alarming is the fact that as per this report, Manipur has now become the state with the lowest sex ratio in India.

Statistics are known to conceal as much as they reveal and obtaining accurate data in the North-eastern states is always a challenge. One can therefore hope that this figure is skewed or at best, it should be taken with the proverbial pinch of salt. But the falling sex ratio in Manipur has been prominently featuring in the news since the last few years. Earlier this year, the Chief Minister of Manipur also expressed concern over the decreasing sex ratio in the state. He stressed on the need for framing strong laws to prevent any wrongdoing such as termination of pregnancy based simply on the detection of a female child in the womb.

The 757 figure published by the Office of the Registrar General of India therefore cannot be taken lightly. Gender disparity is widening in Manipur and if not checked right away, it will have the same horrifying consequence as many states in mainland India are currently facing.   Ironically, the report carrying the disturbing 757 figure was published ahead of Ningol Chakkouba, a cultural festival that celebrates the married daughter through a lunch invitation by the parents. The news of the declining sex ratio may not have had any impact on the 2020 Ningol Chakkouba. But if not checked urgently, it will certainly impact and diminish the relevance of this festival in the coming years.

Ningol Chakkouba is not the only festival that will lose its zeal if the sex ratio continues to decline in Manipur. Every other festival and social function and even businesses, many of them led by women, will be impacted thereby impacting the overall economy of Manipur. Women are inherent to the social fabric of society. They are also the bearers of cultural values and the repositories of traditional knowledge. The health of a society can easily be estimated by assessing the physical and psycho-social health of women in that society.

With the declining rate of birth of the girl child, the overall health of the society in the entire state of Manipur has become questionable. This will have direct social implications, including an increase in violence, especially violence against women, due to their shortage in society. This could also give rise to another social evil of buying brides, which is currently practised in some states. If we dwell on the lessons from other states which have witnessed a similar decline in sex ratio, Manipur is surely headed in the wrong direction.

In the North Indian states of Punjab, Haryana and of late Uttar Pradesh, brides are not married but purchased. Shortage of women in the local community is forcing more affluent men to buy brides from other states such as Bihar, Assam, West Bengal and Jharkhand after paying a hefty price. Since society is unable to arrange for a wedding for many male members, it is forced to accept or overlook such non-sense which is taking place in a hush hush manner in many parts of these states. Needless to say, when brides are bought in this manner, they are not treated as wives but as slaves. This further leads to the lowering of the overall status of women in the society resulting in a vicious cycle promoting the preference of the male child and illegal abortion of the female child.

The declining sex ratio in Manipur is thus a call to action for every Manipuri citizen who is concerned about the overall welfare of the state. A preliminary analysis of the data reveals that the problem is not localized to the state capital Imphal but is prevalent in most parts of the state. Three of the nine districts included in the report note a sex ratio below the state average figure of 757. These are Thoubal, Bishnupur and Churachandpur which have a sex ratio of 307, 388 and 422 respectively. Imphal (East) notes a sex ratio of 770 while the sex ratio in Imphal (West) district is found to be 957. The sex ratios in Tamenglong and Senapati districts are 765 and 996 respectively. Chandel notes a healthy sex ratio of 1,069 while Ukhrul notes the highest sex ratio in the state of 3,257. The data in this recently released report is for the year 2018.

Manipur is known for its Nupi Lans and the great role they have played in shaping the history of the state. Manipur is also known for the Meira Paibi movement which places women as the guardian of the society. Ima Keithel, one of the largest all-women market in Asia is also what many people associate Manipur with. The Loktak Lake, which is the lifeline of the people of Manipur is also personified as Loktak Lairembee, a mother-like Goddess. The state of Manipur has witnessed and is well aware of the great role women have and can play in the creation and maintenance of a functional society. The alarming decline in sex ratio is clearly an indication of eroding values and cultural systems that have so far held the state together.

The root causes and the factors behind the declining sex ratio in Manipur need to be carefully understood so that this problem can be addressed right away. Some research papers do suggest the preference of a male child in most Manipuri households for many years. However, there are fewer research insights that indicate a bias against the birth of a female child. That means that while the birth of a male child was preferred, the birth of a female child was not frowned upon in traditional Manipuri households. Further research is urgently required in the direction for finding out if this perception has now changed and if yes, then what are the factors driving this change.

A disturbing trend that is increasingly being reported in Manipuri society is that of unbudgeted marriages that involve huge expenditure. The change is not only with respect to money but also in the way things are done. Firecrackers in marriage functions are no longer unheard of and neither is the practice of throwing money at the performers of various marriage functions. There is now pomp and show and glitter and glamour in most Manipuri weddings, and these have become nothing less than the big fat Punjabi weddings we hear of in North India. So, if one part has followed, the other cannot be far behind and dowry negotiations, dowry-related deaths and marriage parties returning without completing the marriage because the glamour wasn’t enough could be the dark future Manipur seems to be heading towards. It is time that those who consider themselves the real patrons of Manipur society speak up and put an end to such harmful charades.

In recent times, Manipur has benefitted from advanced diagnostics and medical technology which is helping save thousands of lives. Through facilities available within the state, and those accessible just a flight away, people of Manipur have much better access to medical technologies today than a few decades ago. However, adequate measures must be introduced to ensure that this new technology is not being abused by giving rise to illegal practices such as female foeticide. Governments need to play their role in making laws prohibiting such practices and strictly monitoring and implementing the law. But the real solution to this problem requires active participation of all members of the society. The disappearance of women is the first sign of the disappearance of a tribe or a culture. Neither of Meitei, Kuki, Naga or any other culture will survive in Manipur if the problem of declining sex ratio is not dealt with urgently and at war-scale.

Dr Govind Singh is Associate Professor of Environmental Studies at OP Jindal Global University, Delhi NCR. He may be reached at govind@jgu.edu.in