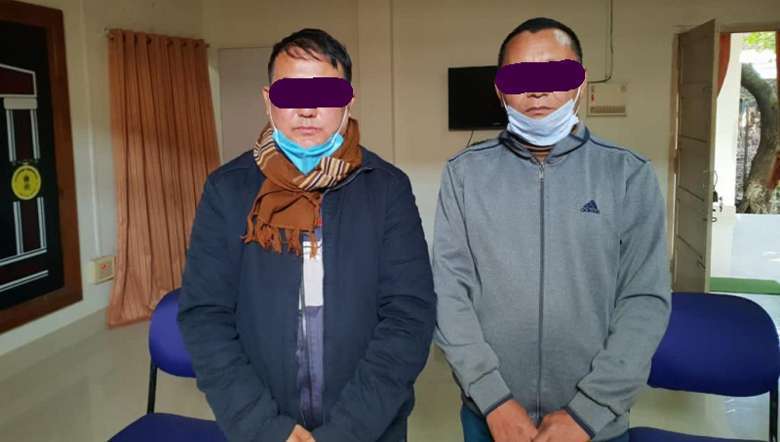 They were arrested from their respective residences at about 5 am and 7 am respectively based on intelligence inputs, police said.

The arrested cadres reportedly disclosed to have extorted huge amounts of money from construction companies and government departments under the instruction of Tombi. They went to Myanmar frequently to get instruction from their commander for further instructions. Two mobile phones were recovered from their possession, said the police.