Student wing leader Bhumeshor said that during the entrance test for admission to MA in MUC held on November 18, some students protested, demanding MA admission in MUC against the UGC norms. 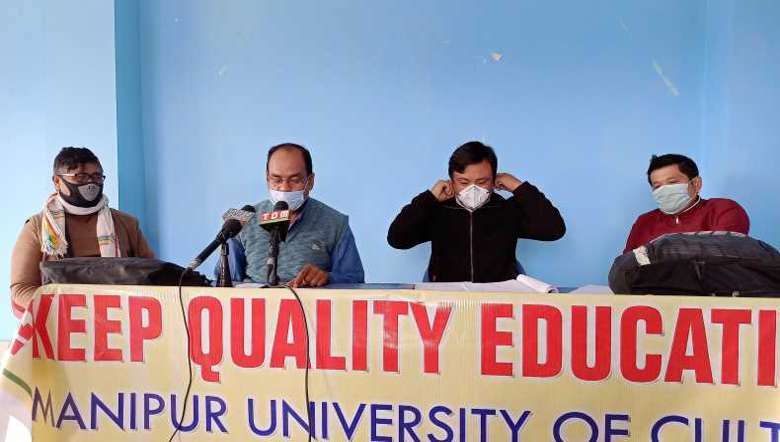 Graduates with certificates from institutes not recognised by the University Grant Commission will not be allowed admission to MA in the Manipur University of Culture, MUC student wing general secretary Yumnam Bhumeshor said in Imphal Thursday.

Bhumeshor said that during the entrance test for admission to MA in MUC held on November 18, some students protested, demanding MA admission in MUC against the UGC norms.

Appealing agitating students to stop disturbing the academic atmosphere of MUC, the student wing leader said, according to the UGC norms, MA admission criteria includes following of rules and regulation mentioned in the prospectus 2020-21 uploaded on MUC website.

The admission was held according to norms, nobody should interfere on norms, he said.

Many students who got admission in MUC for MA had to clear BA from MUC again to get UGC recognised certificate, he added.

Bhumeshor cautioned against mounting pressure on the administration with the recommendation to change UGC’s norms, saying MUC Student’s Wing will not remain silent.

MUC Student’s Wing president Khundrakpam Ibomcha urged concerned authorities to look into the matter as demands and agitation is being carried out against UGC norms by students who failed to get admission due to unrecognised certificates.