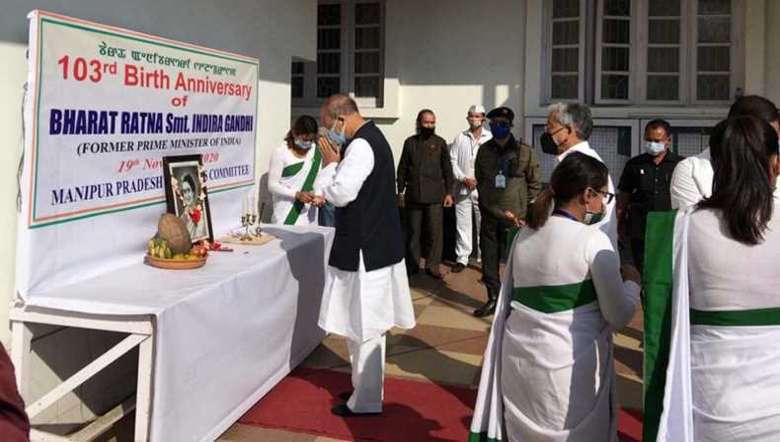 The Manipur Pradesh Congress Committee (MPCC) on Thursday paid floral tribute to former Prime Minister Indira Gandhi and pledged to uphold the unity of India and its people on Thursday.

Observing the 103rd birth anniversary of former Prime Minister Indira Gandhi at the Congress Bhavan in Imphal on Thursday, the MPCC held a gathering and paid floral tribute to the departed leader of the country.

A pledge taking ceremony was held after the floral tribute. Okendro administered the oath and resolved to uphold the unity of India and its people. They also pledged to uphold Indira Gandhi’s commitment to an inclusive democracy, empowerment of the people, freedom, unity and integrity of India.

In 2020, the Time magazine named Indira among world's 100 powerful women who defined the last century.