‘Catching of migratory birds can lead to spread of bird flu’

Range Forest officer of Kakching Naorem Munal Meitei appealed to the public to be cautious as recently bird nets were seized from different wetlands located within the Kakching district. 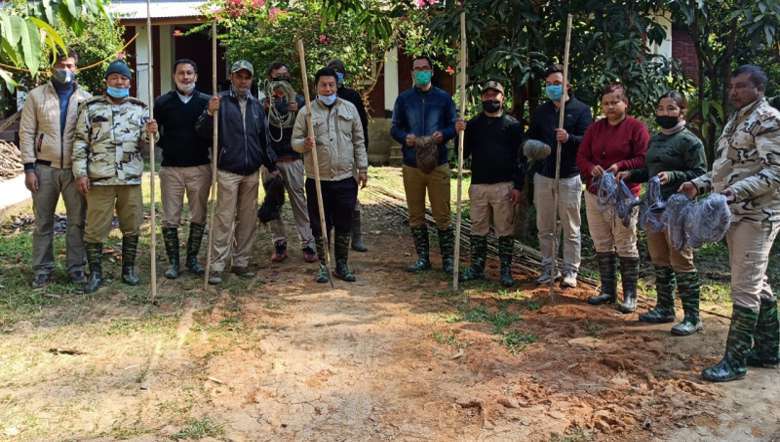 Catching and killing of migratory birds using bird nets or other means may lead to the spread of Bird Flu Virus H5N1 to the human beings, warned Range Forest officer of Kakching, Naorem Munal Meitei on Thursday.

While talking to media persons in his office at Kakching Lamkhai, Munal appealed to the public to be cautious as recently bird nets were seized from different wetlands located within the Kakching district.

He further informed that a joint team of Forest staff comprising of Kakching Range, Pallel, Waikhong, Wangoo Lamkhai and Panjao had conducted a special drive at six wetlands which were located within the Kakching district on Thursday early morning and could seize five bird nets which were kept by the some unknown miscreants. This was a great achievement for the Forest staff as eight bird nets were also seized by the team last Sunday, he added.

“If we human beings kill and eat meat of migratory birds, we may get harmful impacts of Bird Flu Virus H5N1 in addition to COVID-19 pandemic which we are presently combating like a Third World War,” said Munal.

He clarified that some of the migratory birds have carried Bird Flu Virus H5N1 as a host. Killing and eating meat of such migratory birds may lead to the consumption of this deadly disease to human beings. Even touching the body of such a bird may get infection, he added.

He further informed that the drive on Thursday was carried out before dawn at the important wetlands of Kakching district like Khoidumpat, Pumlenpat, Moirangkompat, Khongyampat, Chairelpat and Langmeidongpat. The forest team could not find bird nets in most of the wetlands but five bird nets were seized from Chairelpat Nongyaikhong stretch. Unfortunately, the team could not nab the miscreants, Munal said.