Demitting office as a scaramouch

Donald Trump arrived in the USA’s political firmament like a knight in shining armour who will free the country from all ills and make America great again but will be leaving the position like a buffoon who is a "loser" which he likes to call all people who are not with him. 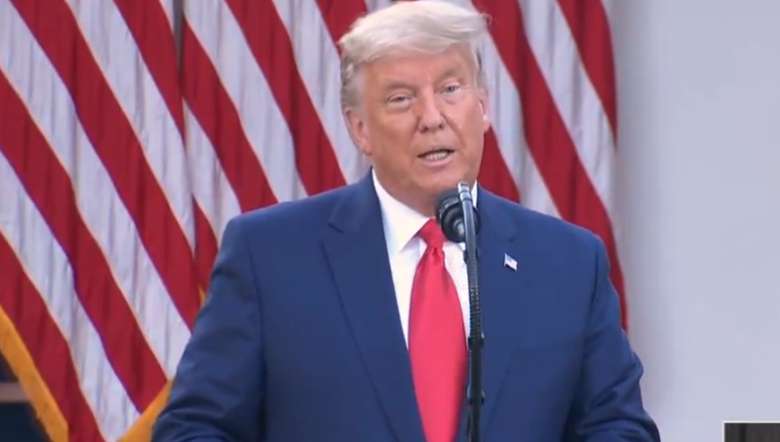 When Donald Trump was elected as US President in 2016 against all predictions, rather than being happy he felt bad that despite obtaining 306 of the Electoral College Elector votes which he then called a landslide victory, he lost the popular votes to Hillary Clinton by 2.90 million. After he was sworn in as the POTUS, he immediately constituted a Commission to look into what he called voters fraud, but the Commission was folded up after some time as no instance of large-scale voter’s fraud could be detected.

A reality show host and a proclaimed self-made billionaire, despite his father left him millions, his entry into politics was stupendous but later on many people started realising that he is a pathological liar, never owning mistakes but transferring the blame to others by firing them left and right. A savvy user of the social media, he interacted mostly through this medium and a few TV channels which supported him all through.

Trump perhaps saw the writings on the wall for the 2020 election as he could muster only $601 million against Biden’s $952 million as campaign funds. A sitting president’s inability to match a challenger in fundraising indicates his weakness. From the start of the election campaign, he started the narratives that the elections will be rigged and he will if there is no rigging. He repeated this ad nauseam that perhaps he himself had started believing that it is the truth.

After the George Floyd death, the slogan “Black lives matter” became a mantra that led to consolidation of the blacks against him, which further led to the consolidation of the white right-wing supremacist likes the QAnon supporting him. His MAGA (Make America Great Again) the campaign was countered by the Antifa (Antifascist) which saw him as a demagogue and a fascist who violate the Constitution at will and do not stop till his interest is fulfilled.

The election of the POTUS and the Vice-president is by an indirect election where a voter cast for the members of the Electoral College and also cast direct votes for the President and the Vice President. To become the President one has to obtain 270 EC Votes (out of 538). Presidential elections are held quadrennially with the election fixed on first Tuesday after November 1. The Electoral College electors then cast their votes on the first Monday after December 12, and the Congress certifies the result in early January and the President assume office on January 20. The electoral system in the United States is highly decentralised with each state having its own set of laws. In the US system, there can be postal ballots which were huge in number this time due to the COVID-19 pandemic (mostly adopted by the Democratic voters) and early voting while on the day of voting it was mostly the Republican supporters who stood in the queue and voted. Postal ballots which were postmarked till the date of the voting was accepted as legal votes and counted and that is the reason why counting takes a long time. In fact, it is to ensure that the vote of every citizen is counted.

The tradition is that once the counter indicates that a candidate could win the Electoral College votes, the other concedes, though certification of the results from the States comes much later after all legal votes were counted but before December 12.  From all account till date after almost all the postal ballots have been counted Joe Biden has won a majority of the battleground states like Pennsylvania, Wisconsin, Michigan, Arizona, Georgia, etc and technically had garnered 306 Electoral College votes. But Trump instead of conceding his defeat filed a series of legal challenges claiming that there is large scale voter’s fraud despite the fact the many of these states were governed by the Republicans. All the cases filed were thrown out as without merit or not supported by proper affidavits. But the Republican campaign insisted on continuing filing such cases causing even their lawyers to quit. Following their candidate the Republican Party is also behaving like a fool, some even claiming that there will be a second term of Donald Trump. Except for a few no Republican politicians have called the President’s claim as untenable. This shows the utter lack of leadership in the Party and it will be no surprise if Trump again becomes the party’s candidate in 2024. Trump is trailing by 5.2 million in the popular votes.

It would not be possible to comment on Trump’s policy in this article except that he is a maverick, speaking out his mind without thinking and has no time for diplomatic niceties. This has made him a person to be feared but he destabilises the international order. When he was elected as POTUS he claimed that his business will be left to his sons but he is one President who appointed his sons, son-in-law and daughters as Advisors and mixes his business with his official duty. His firms had gained tremendously during his tenure as President and once he is out, there is strong apprehension that his business will suffer. His reliance on his relatives rather than on experts led to many snafus. However, his major success in international relations is the coming together of quite a few Arab countries with Israel; by sharing a common hatred of Iran. His relation with EU and NATO and the way he treated the Kurds of Syria a long time partner left diplomats stunned making him a person whose words just can’t be relied on.

In fact, in his objective to make America great again he foolishly ignored the COVID-19 pandemic; refusing to wear a mask, and even claiming to the extent that it is just like flu and he touted medicines like hydroxychloroquine as a miracle drug and vaccine is just around the corner. He refused to listen to experts and behaves like a know-all though his bluffs were called almost instantaneously. His fall-like Humpty Dumpty was perhaps due to the pandemic which the United States is leading in both cases and death and his utter disregard towards it.

After the election results started coming in, depression set on him and he was in the denial mode as he seems to believe that God had sent him to save the United States. He seems to have forgotten that he is still the POTUS and had not been doing anything after November 3 except play golf, instigate his followers to oppose the election results and tweet. He is the main cause that there is an explosion of fresh COVID-19 cases as the election is a major transmission event. If he had asked his followers to follow what Biden said either to vote through postal votes or through the early voting system and limit the number of people voting on the day of the poll, the rise would not have been this phenomenal.

But is there a method in his madness? He is seeking donations for the legal battles, which are all failing as he perhaps wants to make up the deficit of his campaign by such donations as he does not want to finance part of the costs for his election. There are reports that his businesses were not doing that well and he may face a series of litigations after his Presidency for matters involving tax fraud, sexual harassment, and whatnot. If any of these allegations are proved, he may find himself in jail; though there are reports that he is trying to pardon himself for all wrongdoings even before he became President. Is his tamasha to secure that the two senate seats from Georgia?

Why was his case relevant to a place like Manipur? Even in a country like the USA where the political consciousness is very high, the system can be derailed by one person who behaves like a megalomaniac if he is not stopped in time. What about our country where the political consciousness is low and people were easily swayed by rhetoric, which we are seeing every day. Politicians here just don’t have the guts to say that I have made a mistake but try to cover up through a series of lies using dedicated media outlets and the social media which was gobbled up by the gullible citizens. The voters in this country believe that their democratic duty is over once the votes are cast every five years and keep quiet for the long period in between makes the matter more dangerous for our country. When even in the USA these can be hijacked, it is child’s play in our country.

Donald Trump arrived in the USA’s political firmament like a knight in shining armour who will free the country from all ills and make America great again but will be leaving the position like a buffoon who is a "loser" which he likes to call all people who are not with him and his legacy will not be what he has done for his country but his attempt to undermine the Constitution of the country in his make-belief a world that he is the “winner”. A very sore “loser”, who failed to see the writings on the wall trusting on his make-belief world!