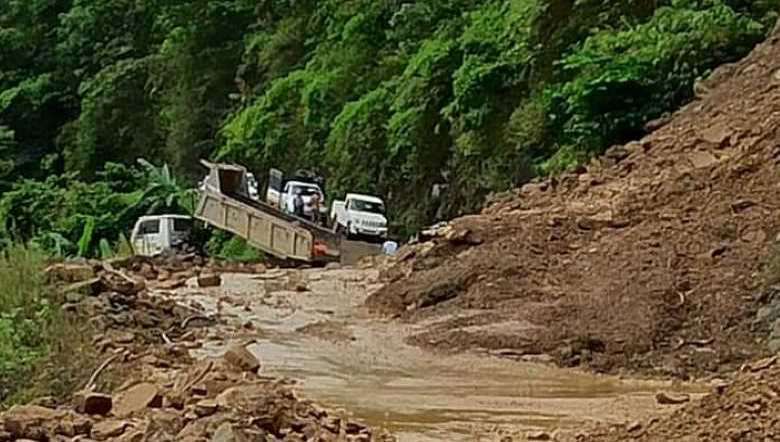 After the blockade along Tongjei Maril road (Old Cachar road) was relaxed temporarily as the government assured to renovate the road by maintaining proper quality, a team of state government officials from the Public Works Department (PWD) and Keystone Infra Private Limited and representatives from JAC Khoupum Area inspected the road to Rengpang on Sunday.

The roadblock was lifted temporarily after the state government along with PWD and construction company and the JAC agreed to sign an agreement that maintenance of the road will be conducted by maintaining quality. The agreement was signed at CM’s secretariat on Saturday.

As per the agreement, the inspection team visited the vulnerable site along Tongjei Maril road stretch till Rengpang.

He further said that the problems will be monitored along with the engineers and the construction company.

Meanwhile, JAC Khoupum Area has warned to resume their agitation if the government fails to convert their assurance into action.