Social Welfare Minister O Henry said that people have started realising the significance of learning of Thang-Ta in terms of not just promoting culture but also in keeping oneself mentally and physically fit. 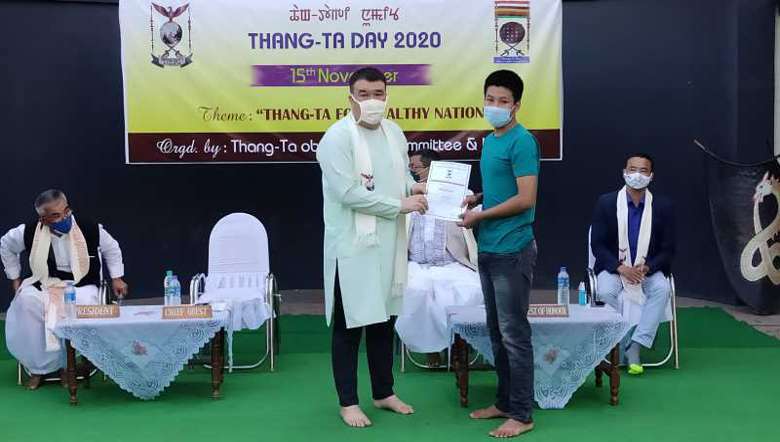 The programme was organised by the Thang-Ta Day Observation Committee at the office of KIMACS, Government Dance College Campus, Palace Compound, Imphal.

As a part of the function, subject toppers of Thang-Ta in class X and XII examination conducted by the Board of Higher Secondary Examination Manipur and Council of Higher Education Manipur were also felicitated.

Speaking as the chief guest of the function, Social Welfare Minister O Henry said that many people of the state have little knowledge about Thang-Ta despite it being an indigenous art form of Manipur. But nowadays people started realising the significance of learning of Thang-Ta in terms of not just promoting culture but also in keeping oneself mentally and physically fit, he said.

Apart from just creating movement from people’s side to promote Thang-Ta, the present government has taken up various initiatives to preserve and promote this art form. Such steps would also help in reviving the ancient old martial art form, he said and appealed to the people to cultivate the interest and the urge of learning this art form.

He said that in countries like Korea, China, Japan, people concentrate on promoting their inherited culture and tradition. But unfortunately, in Manipur, the present generation is trying to copy and adopt foreign cultures by sidelining their own culture. Such practices will result in disappearing of Manipur culture, he added.