Pedestrian-only streets prioritize people and are typically most appropriate in corridors with commercial activity on both edges of the street. 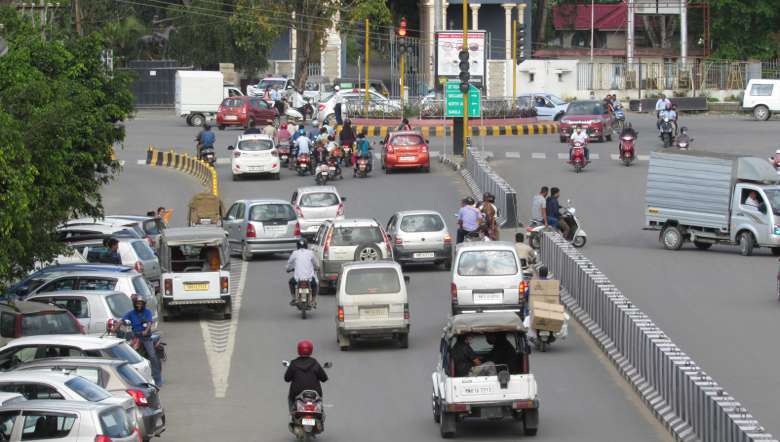 A recent request from locals of Chingmeirong Maning Leikai, Imphal East to the Deputy Commissioner for taking up appropriate action to tackle the ‘public nuisance’ caused by Vishal Mega Mart,Chingmeirong under Section 133 of the Code of Criminal Procedure, 1973 has somehow aroused our attention. The letter stated that Vishal Mega Mart does not have parking facilities for its staff and even for the customers who visit the mall. As such, vehicles mainly cars are being parked haphazardly on both sides of the road stretching up to a half kilometre, obstructing smooth flow of traffic around the mall area. It is a clear violation of the Section 70 of the Imphal Municipal Council Building Bye-Laws, 2013 for parking space. This is not the case of Vishal Mega Market alone, but of almost of all every commercial establishment in Imphal city. Instead of availing their own parking spaces, these commercial establishments encroach upon the footpath also for display of their wares and the adjacent public road for parking of their staff vehicles and of the shoppers. So, pedestrians are forced to walk in the middle part of the road as the portion next to the footpath were blocked by parked vehicles. This puts the lives of the pedestrians in danger.

Chief Minister N Biren Singh, in one of his visits to the Khwairamband Bazar, had urged the residents, shop owners, shopkeepers to refrain from parking their vehicles on the roadside. It was his idea of decongesting the traffic in the core market area, and the periphery roads. While no permanent parking will be allowed in these areas, the residents of Thangal and Paona Keithel will be provided parking spaces for their vehicles in the parking lots allotted over the slab-covered Naga River. Well, disallowing permanent parking in the main bazar is a good step. But, as far as we remember, the original idea of covering the Naga River with concrete slabs was aimed at preventing people from dumping waste in the river while also providing public parking to shoppers coming to the market which may or may not include vehicles of the Bazar residents. MAHUD officials should have pointed this out to the Chief Minister. There was once a plan for constructing multi-level parkings in the present site of Imphal Municipal Corporation and the Electricity department complex near Keishampat, meant for the public. Was that proposal shelved? The public needs to know.

Now, under the Smart City Mission, construction of Mall Road on a small stretch of Thangal Bazar from entry point up to Kasturi building is going on with concrete pavement. This indeed a good initiative. However, we would like to flag two issues which concerns the Smart City initiative. The first suggestion is of making the entire stretches of Paona Bazar and Thangal Bazar pedestrian-only streets while the second is declaring the entire core Bazar area as commercial zones. Pedestrian-only streets prioritize people and are typically most appropriate in corridors with commercial activity on both edges of the street. The pedestrian volume is high in these streets and so vehicular traffic should be restricted. These streets offer opportunities for diverse activities such as shopping or sitting, dining or performing. When placed, designed, and maintained well, pedestrian-only streets become a destination in itself and result in economic benefits for adjacent businesses.