Maintaining that the testing rate has been improved for early detection of positive cases, Biren said that 3,72,000 samples have been tested so far in Manipur. 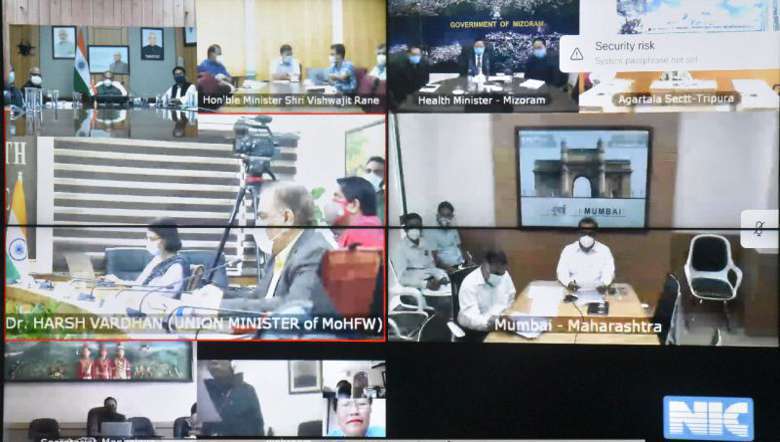 Speaking at the video conference, Biren thanked the Centre for extending all possible help to the state in combating the pandemic in the past 10 months.

With the assistance from the Centre, Manipur has received 95 ventilators, 400 oxygen concentrated machines and 500 D-Type oxygen cylinders recently, Biren said.

The state government was earlier concerned about the rise in the mortality rate, but it is slowly coming down now after a technical expert committee was formed to look into the matter, he added.

"In the beginning, Manipur was doing extremely well in containing the virus. However, the state started witnessing a sudden hike of positive cases after thousands of native Manipuris were brought in Shramik Special trains, Biren noted.

Maintaining that the testing rate has been improved for early detection of positive cases, Biren said that 3,72,000 samples have been tested so far. The current testing rate per day per million population of Manipur is quite higher than the national average, he added.

In order to reduce the transmission rate, the state government is focusing on imparting awareness at the grassroots level. For this, village level committees have been formed, and local clubs, organizations, NGOs among others have been roped in to get them involved in creating awareness to make people follow the SoPs strictly. The main objective of the initiation is to gain momentum of the Jan Andolan campaign against COVID-19 and promote the COVID Appropriate Behaviour (CAB), he stated.

RIMS being a major and most important hospital of the state, the chief minister requested the Union Health Minister to permit flexibility in the fund utilization so that the hospital may meet the urgent needs and cope up with the challenges that emerge from time to time in combating the virus.

Informing the health minister that manpower and equipment inadequacies of the central government-run hospital are even sometimes fulfilled with the funds from the state government considering its urgency, the chief minister said that he would list all the requirements of the hospital in detail in a letter to the union health minister.

Biren also invited Harsh Vardhan in advance to the Golden Jubilee celebration of RIMS to be held next year. The chief minister also requested him to entrust the responsibility of the construction of the National Centre for Disease Control to the State Government. The union health minister also assured the chief minister to look into the matters raised during the video conference.