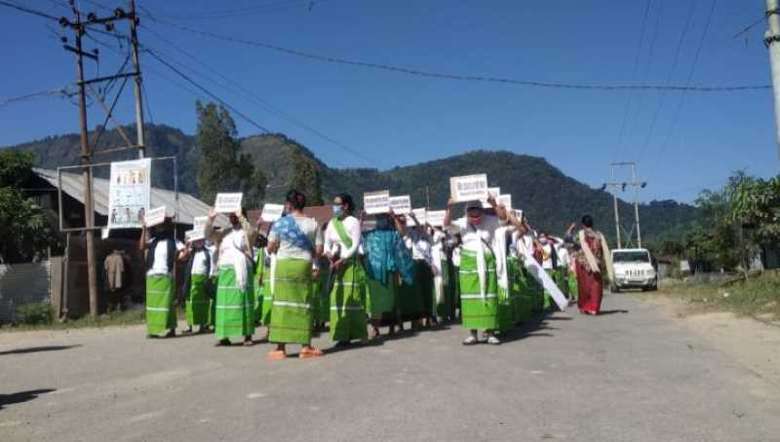 A large group of women, holding placards, hit the road in Khoupum area in Noney district of Manipur on Wednesday in protest against the poor maintenance and construction work of Tongjei Maril road on NH-37.

The protest rally was organised by the Joint Action Committee of Khoupum Area. The road stretch between Joujangtek to Rengpang is in worst condition.

The JAC said the protest is being held at Khoupum, Noney district in Manipur, as the government has failed to take steps despite several memorandum submitted to the government. They said that agitation will be carried out until the government delivers a solution.

The said road condition worsened due to the heavy vehicle truck plying on the road following the recent collapse of Irang bridge near Taobam village on NH 37 Imphal-Jiribam road.