One will get results of one’s deeds: CM Biren 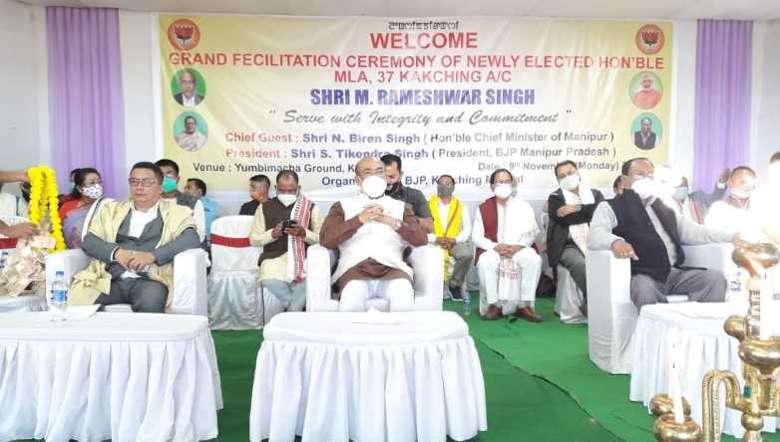 Chief Minister N Biren on Monday said one will get the results of one’s deed and urges against the idea of revenge. God see the truth though judgment may be late, he said.

"God sees the truth though judgment may be late. Let us leave behind the idea of revenge," he said at the reception ceremony of new Kakching MLA M Rameshwar organised by BJP Kakching Mandal at Yumbimacha Lampak.

The chief minister appreciated Rameshwar’s perseverance and courage in fighting for the truth and expressed gratefulness to the people who had voted for the BJP in the election. He also asked to shun ego as it will lead to the downfall of the person and called for helping one another instead.

Further saying that a particular party had been trying to dissolve the present government ever since its formation in the last three-and-half years, he said, “Just as Truth always Triumph, the government has been saved on various occasions.”

BJP candidate of Singhat AC has been elected uncontested recently. Besides, Rameshwar has also been elected as an MLA. The BJP government will be strengthened, stated Biren while expressing confidence that BJP candidates will also come out victorious in the by-election of the four ACs as well.

He further exhorted the new MLA to take giant leaps towards development for the AC as only one-and-half year has been left of the tenure. The government will also extend every possible support, he assured, adding that the people will also support if people oriented and welfare activities are taken up.

Speaking at the function, the new Kakching AC MLA Rameshwar also promised to take up various activities for pushing development in the AC.