The Biren government has been on a roller-coaster ride with the usual push and pull from coalition partners, internal dissension coupled with the opposition Congress ever on the button to pull the rug from beneath the government. 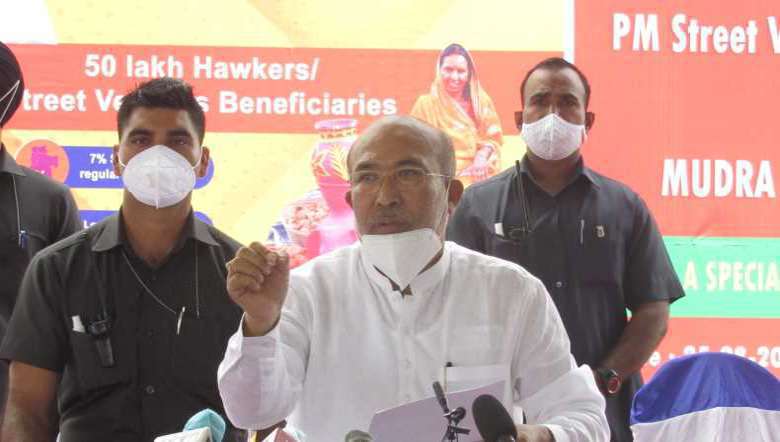 Come Tuesday, one will come to know who stands to gain most when the results of the November 7 by-elections in the four constituencies of the Manipur Legislative Assembly are announced. In fact, it would be the final litmus test of the leadership of Chief Minister N Biren Singh during this term. The three and half years of his government was like a roller-coaster ride with the usual push and pull from coalition partners, internal dissension from the disgruntled elements within the ranks of BJP coupled with the opposition Congress ever on the button to pull the rug from beneath the government. Of course, the former Chief Minister and Opposition leader Okram Ibobi had very valid reasons for wanting to pull down the BJP led government. Even though, the Congress could not get a simple majority with only 28 MLAs in a house of 60 in the 2017 assembly elections, Okram Ibobi sincerely feels BJP with only 21 MLAs had stolen the peoples’ mandate by encouraging defection and hastily cobbling together a coalition of unlikely partners through ‘money and muscle-power’ with the blessings of BJP leadership in New Delhi whose singular aim was to snatch the entire Northeast from the hands of Congress, by any means.

All these years, it was not an easy ride for Chief Minister N Biren Singh. From managing the coalition partners to balancing the ever increasing demands of newly acquired friends from Congress and party MLAs who were left out of the ministry, not to talk of dissidence within the party ranks, N Biren always had his hands full. Most of the time, the government was at the mercy of its main coalition partners, the National Peoples’ Party (NPP) and Naga Peoples’ Front (NPF). While the NPP was able to extract its pound of flesh with ministership for all its four MLAs, the other partner NPF finally got another minister with the vacancy caused by the disqualification of the original Congress defector Th Shyamkumar of Andro constituency. Well, now the NPP has only two ministers, which is why it worked so hard to add another MLA through Wangoi constituency. The uneasy relationship with its coalition partners were exposed in the Lok Sabha election, when both NPF and NPP refused to ally with BJP by putting up their own candidates in the Outer Manipur Parliamentary seat. The NPF put up Lorho S Pfoze who won while the NPP supported the CPI candidate Dr M Nara in the Inner Manipur Parliamentary seat which BJP won. It happened again during the Rajya Sabha elections when NPP pulled away from the ruling coalition and supported the Congress candidate.

The day was saved by CM Biren and the BJP candidate Meidingu Leishemba Sanajaoba was declared elected, while six Congress MLAs including Okram Ibobi’s nephew resigned from the assembly, the very next day. At present, the Manipur Legislative Assembly has now an effective strength of 47 legislators, with BJP and Congress having 18 and 17 MLAs respectively. The ruling coalition partners are NPP four, NPF four, one each of All India Trinamool Congress and Lok Janshakti, one Independent and one unattached.

In the run-up to the by-elections, BJP added one MLA in its kitty with former Congressman Ginsuanhau getting elected unopposed on BJP ticket from Singhat assembly constituency. Again to a surprise even not expected by BJP, the High Court of Manipur declared null and void the election of Y Surchandra from Kakching assembly constituency (since disqualified) and ordered the installation of his BJP rival Mayanglambam Rameshwar as the Kakching MLA. With this, the BJP has now 20 MLAs under its belt. Now, if BJP is successful in getting its three candidates elected on Tuesday, its tally will be up by three and altogether 23 in a house of 60 with an effective strength of 53. In such a projected scenario, the bargaining capacity of its allies would be greatly reduced and Chief Minister N Biren stands to politically gain much from this, if it comes true. Interestingly, the lone BJP minister who was retained in the recent reshuffle Th Bishwajit and the three ousted BJP ministers were conspicuously absent in the campaign of the recent by-election.