'Under which government policy has the price of cinnamon been increased?' 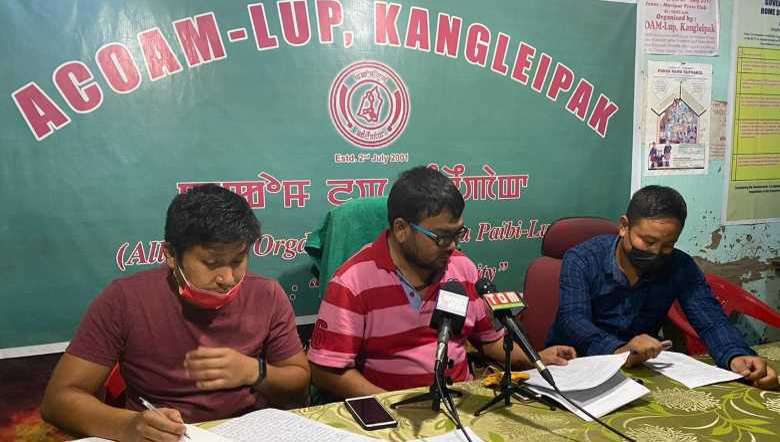 The All Clubs, Organizations and Meira Paibi (ACOAM) Lup has questioned the state government on the increase of royalty of cinnamon as per revised rate of 2020 in the recent order issued on October 20.

Has the government studied what impact it would have on the farmers of the state after a royalty of Rs 90 is fixed for cinnamon, asked secretary organisation of ACOAM Lup, Shanta Mangang while speaking in a press conference held at its office located at Imphal West.

He said that initially, royalty of cinnamon was Rs 10 per kilogram. For the state, the royalty is multiplied by 60 percent to reach its saleable rate for the interstate permit and further 5 percent GST is added to fix the rate of its export.

He also asked that under which government policy has the price of cinnamon been increased?

As the royalty on cinnamon in Manipur has increased to Rs 90, the product will be no longer marketable if it is again multiplied by 60 percent for inter state permit, said Shanta.

The state government needs to form a committee to review the present royalty so that farmers of the state can be included in the market competition and potential, he added.