black topping from Haipou Jadonang Park to 5th Manipur Rifles gate will be done by December this year. 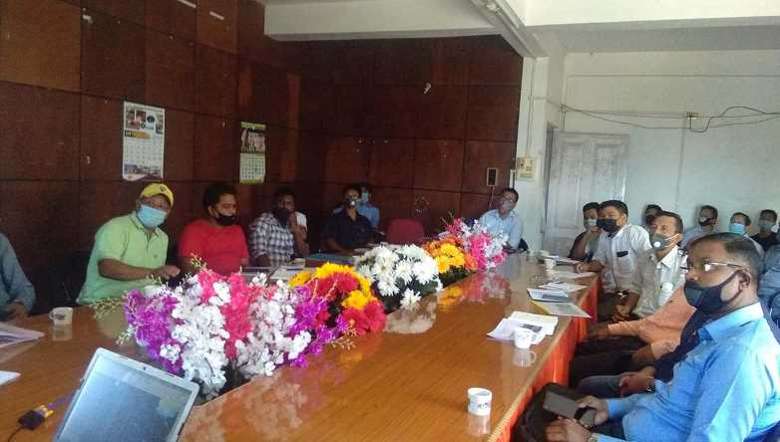 Terming all projects "jewels of Tamenglong" which would change the face of the district forever, Pame urged all public leaders and representatives from civil voluntary organisations to give support and cooperation to the developmental works.

During the programme, the concerned contractors explained the projects through power point presentation.

Regarding construction of double-lane Tamenglong-Khongsang road, Shivalaya company informed that the road has been shortened from 49 km to 38 km. Work progress is in full swing and will be completed by 2022, it said, adding that In the interest of the general public of Tamenglong, black topping from Haipou Jadonang Park to 5th Manipur Rifles gate will be done by December this year.