'Hold Thang-Ta class in every locality on holidays' 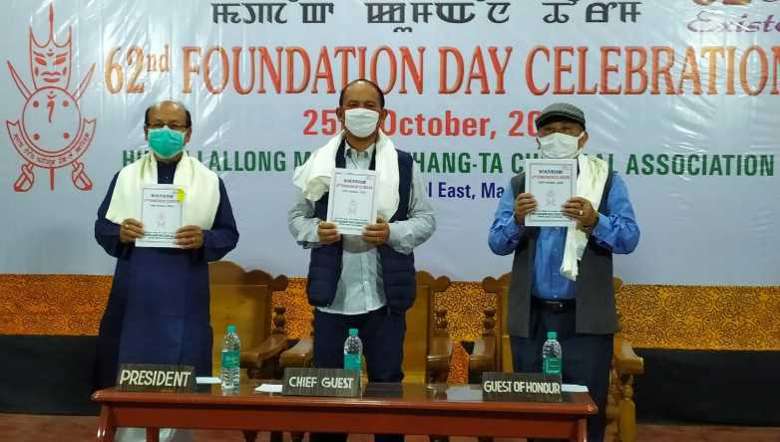 To create awareness and promote Thang-Ta (Manipuri martial art) , a regular class should be organised in every locality on Sundays or holidays, said deputy chairman of State Planning Board, L Rameshor on the 62nd Foundation Day celebration of Huiyen Lalong Thang-Ta Cultural Association, Irilbung, Imphal East on Sunday.

“Thang-Ta not only strengthens the health but also teaches to maintain discipline among the youths. I shall give necessary assistance to promote and preserve Thang-Ta and will press the state government to give more attention,” Rameshor said.

To promote and preserve the unique art form, people need to take initiatives as the art form has been intermingled with the community since centuries and has brought Manipur in the international level, he said.

In olden days, Manipuris defended themselves only with the martial art form even during the fight with British. With the lack of awareness, the unique martial art is fading in the present society, he added.

Rameshor also said that there is a need to add an extra budget annually for Thang-Ta by the Art and Culture department and regarding the matter the chief minister will be urged during annual budget allocation.

As Chief Minister N Biren had organised Indigenous Games Meet to promote the martial art, necessary assistance that could be provided from the Planning department will be consulted with the CM, followed by discussion on possible relevant schemes and funds from the Centre, he added.

Former director of Jawaharlal Nehru Dance Academy, L Upendro said that former minister of Arts and Culture, L Jayentakumar tried to open a centre for Cultural Resource and Training (CCRT) in the state and the process for its opening needs to be completed at the earliest.

Director of Huyen Lalong Manipur Thang-Ta Cultural Association, K Sanathoi Sharma said if the art form is included in sports then its indigenous unique form could be faded. He expressed his gratitude towards the chief minister for promoting the unique art form by organising the Indigenous Games Meet.

As a part of the programme floral tributes were paid to the statue of former director of Huyen Lalong Manipur Thang-Ta Cultural Association, G Gourakishore Sharma, followed by inauguration of a temporary office of Committee for Promotion of Indigenous Martial Art. It is said that the committee was formed under the supervision of the state chief minister.