Growing demand for bricks amid rapid urbanization pushes consumption of firewood resulting in deforestation in Manipur. 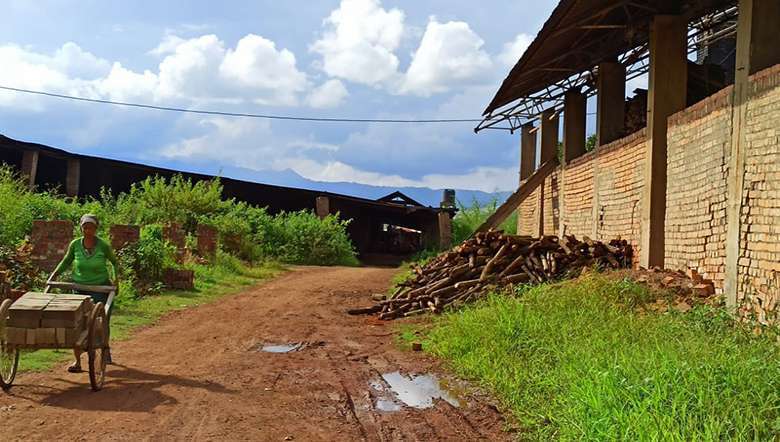 In recent years, Manipur has been witnessing mushrooming of brickfields following the high demand for bricks as concrete houses are increasingly replacing the traditional old mud houses, in urban as well as rural areas. Speedy expansion of urbanization has also resulted in widespread rise in construction of various projects across the state that pushes the demand for bricks resulting in high consumption of fuelwood, one of the major factors of deforestation in the state

Increasing demand for bricks leading to high consumption of fuelwood

The rising number of brickfields is leading to high consumption of fuelwood in the kilns and resultant deforestation in the absence of coal supply in the state. Coal has to be procured from other states in the region such as Nagaland, Assam and Meghalaya.

During a visit to brickfields in Imphal valley by this Imphal Free Press reporter, managers of several brick fields stated that almost all brick kilns in the state depend on fuelwood due to lack of coal transportation in Manipur.

In 2018, former CAFPD Minister Karam Shyam announced plans to provide coal to the brickfields in order to check deforestation. But the coal was transported in limited quantity for only two-and-half months and stopped, the brickfield managers said.

So, brickfields which have licenses bought coal from Dimapur or Shillong by themselves. They bought coal for supporting fuel wood in maintaining ignition temperature. Burning only fuelwood takes a large quantity of firewood, the managers added.

It is learned that there are a few unregistered brickfields.

According to Lokho Puni, Additional principal of chief conservation forest, the fuel used in the brickfield could be classified into two - wood only and wood and coal. The fuelwood consumption of each unit of brick farm varied owing to size, seasonality and structure of the unit. Some require high consumption whereas some others low consumption.

The overall consumption is 35972.9 tonne in 2015 as compared to 14580 tonne in 2005 which shows an increasing trend of fuelwood consumption over the years.

Most of the fuelwood comes from Churachandpur, Ukhrul, Chandel and Senapati districts. As fuelwood is collected from the forests, the increasing number of brick fields that use fuelwood naturally increases the rate of exploitation of forests.

Fuelwood is a highly demanded product catering to the fuel energy requirement of domestic as well as commercial purposes. And, the price of fuelwood mainly depends on the place of the origin of the fuelwood. The longer the distance, higher the price. It has been reported that commercial purposes are the main cause of deforestation, degradation of forest areas.

With regards to commercial purposes, the demand mainly comes from brickfield industries. Most of the brickfields tend to depend on fuelwood as efficient alternatives due to shortage of or non-availability of coal and hindrances in its import.

According to the economic survey report 2019 of the Manipur government, a construction boom which is fuelled by government infrastructure development projects, growing demand for household construction from nouveau riches class is witnessed. One of the most important material requirements for construction is brick and demand has increased manifold in recent times.

It was pointed out that the growth of the brick industries in Manipur was enabled mainly due to the local resources available in the state like clay, fuelwood, labour among others.

The basic raw material for the brick manufacturing industry is clay soil. However, the soil in the state are not uniform and suitable for making bricks. The right type of soils is available only in a few places.

In an interaction with a few managers of the brickfields, it is stated that availability of the soil particularly in the valley region has become limited. To meet constant demand for the product, they started exploring other places. Again, most of the soil is collected from cultivated land. Due to continuous use of chemical fertilisers by the farmers, the use of such soil has effects on the quality and durability of the bricks.

They also said that procuring firewood has become a serious problem for the firms. Shortage of suppliers and long distance transportation from hill districts are some of the problems they cited. One of the aggravated problems is banning the use of fuelwood as a component of fuel by the Union Environment and Forest Ministry.

Nowadays, coal is used extensively as fuel in baking bricks in both traditional kilns and modern HDKs by the brick firms in the state. Unfortunately, the mineral is not found in the state and it is imported from other states of India.

While procuring, they encounter many hardships with regards to transportation and many other unseen problems.

But the brick firms cannot be made economical unless there is adequate cheap fuel. Since fuel is the most important input, no firm can produce quality bricks without adequate firewood at a reasonable price. Subsequently, the price of bricks in the state is increasing.

Interestingly, it was found that most of the workers who are working in mixing soil, baking bricks are females. They earn monthly wages of Rs 8,000 to 12,000 according to the nature of their work.

One of the female workers of Phuramakhong Brick Firm told the Imphal Free Press that the firm uses only firewood for burning bricks. She had not seen coal for two years.

Due to COVID-19 pandemic, the work was stopped but after lockdown was lifted the brick firm was opened. On normal days, every week truckloads of firewood would arrive, she added.

In an interaction with a few environmentalists, it was found that though the state has rich biodiversity and a poor industrial sector, the brick field is one of the most upcoming sectors for generating income.

However, a search for a study on the impact of brick kilns on the environment of the state was a futile attempt. There were no reports available in the state on the impact of fuelwood used in brickfields on the environment and the forests of the state though the government and concerned departments have set in several plans and policies to check forest degradation. There appears to be a lack of in-depth and updated study on air pollution and environment degradation.

The Additional principal chief conservator of forest also said that huge amounts of wood are required to burn mud to manufacture brick. If it continues without finding an alternative to fuelwood, the government efforts of conserving forest may remain fruitless. There may be massive impacts on the forests of the state and the ecosystem, as exploitation for commercial purposes inflicts deep and it may render the efforts for environment and biodiversity conservation futile.

Some of the environmentalists in the state claim that the board has to fix the unit of the brick field production and monitor periodically about their grievances. But the brick fields’ owners want the easy way out, they said. They suggested that all the brick kilns in the state should be replaced by electric furnaces. How feasible that would be in a state that suffers from frequent and long power cuts is another point to contemplate. Meanwhile, at the outset, the monitoring board should also monitor periodically the smoke filter chimneys for air pollution.