There is no sign of progress despite the Manipur High Court order to set up a mental hospital in Manipur following an Imphal Free Press exclusive report entitled ‘Manipur tops rest of country in mental illness rate’ published on November 17, 2019. 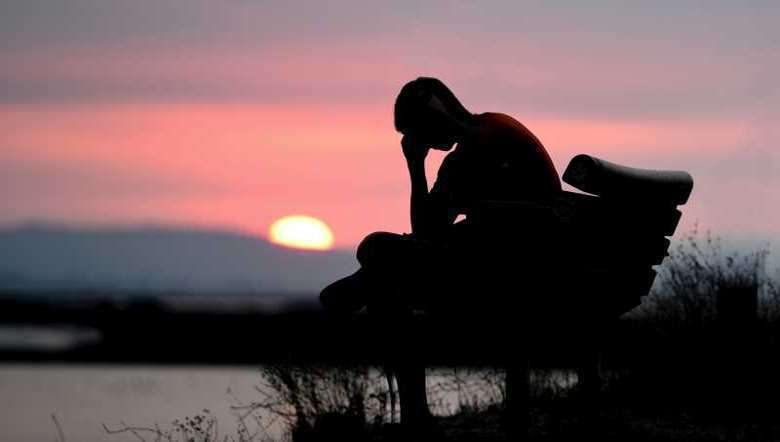 The Manipur High Court on September 1, 2020 had directed the state government to implement the Mental Health Act 2017 and establish the necessary infrastructure expeditiously within six months. However, whether the state could implement the order is doubtful as the state government’s project of setting up a mental hospital under the funding of the North-East Special Infrastructure Development Scheme (NESIDS) has come to a standstill.

Considering the hardship and violation of fundamental rights of mentally challenged persons of the state, a senior citizen filed a petition in 2018 that pleaded to implement the Mental Health Act 2017 in the state. Besides, the Manipur High Court had taken up a suo-motu cognisance in this regard, taking serious note of the need of a mental hospital in Manipur where the rate of mental illness exceeds the national level.

The court had underscored the alarming mental health issue of the state and directed the state government to strictly implement all the provisions of the Mental Health Act 2017 within six months from the date of receipt of a copy of the order.

The provisions of the Act consists of many components such as setting up of a full-fledged hospital catering only to mentally challenged persons, to frame policy and examine the feasibility of formulating uniform rules regarding standard of services for both public and private sector mental institutes. It also envisioned setting up a committee to give recommendations on the caregiving for mentally challenged persons who have no immediate relatives or are abandoned by relatives. The Act also directed to frame norms for non-government organisations working in the field of mental health.

Before the state high court directed to implement the Act, the state health department initiated the process to establish a mental hospital in 2018 for which the land was also acquired at 76-Salam Keikhu, Lamsang Imphal West. However, owing to the outbreak of the COVID-19 pandemic, the project was halted despite being approved in principle by the NESIDS.

Speaking exclusively to the Imphal Free Press, state additional director (Planning), medical directorate, Dr H Babychand Devi said that the authority concerned accepted the fact that setting up of a mental hospital is urgently needed in view of the increasing mental illness rate in the state. As such, the department decided to construct the 60 bedded hospital at an estimated cost of Rs 40 crore under the funding of NESIDS.

However, unfortunately, the COVID-19 pandemic hit the state and the subsequent crisis situation blocked the project from proceeding ahead despite the agreement with NESIDS in principle to set up the special hospital. However, the department will make all efforts to ensure progress of the project so that it could be completed at least by next year, Dr Babychand Devi added.

Head of department, Psychiatry, Dr RK Lenin Singh emphasized the need of a mental hospital in Manipur considering the high mental illness rate of the state. The state has been witnessing a rise in the case with the onset of COVID-19 pandemic. He said that as per the National Mental Health Survey of India, 2015-16, lifetime prevalence rate of mental illness for the state was 19.9 per cent whereas India has 13.9 per cent.

In terms of current prevalence rate, the state has registered 13.9 per cent while India has 10.5 per cent. Despite having a huge rate of mental illness in the state, the number of persons being treated is just 20 per cent, Dr Lenin added. The lack of infrastructure facilities for specialized treatment factors the low rate of treatment.

Pointing out the reasons behind the huge gap between the illness rate and treatment, Dr Lenin also stated that ignorance, superstition, social stigma and discrimination, lack of facility, poverty are some of the common issues which prevent mentally challenged person from seeking medical help. But neglecting mental health problems will lead to many unfortunate consequences in the state such as increase in crime rate, violence, poverty and suicide among others, he said.

Dr Lenin also said that the state manages to treat mental disorders mainly at the psychiatric department of RIMS Hospital and the Jawaharlal Nehru Institute of Medical Sciences (JNIMS) Hospital. The number of beds available in RIMS for psychiatric wards is just 40 and it remains full most of the time, he added.

Apart from the said hospital, the government had initiated some steps to avail treatment service. There is also an order from the government that private hospitals with more than 50 beds should have one psychiatric unit. Besides this, in district hospitals, at least one community health officer is being kept to deal with mentally challenged patients. Although such steps are being taken up, the problems of cases and treatment gap cannot be solved completely, he maintained.

Dr Lenin further said that even in RIMS and JNIMS, there are no facilities to keep mentally challenged patients who are disowned by his or her family or does not have any immediate relatives and keeps on loitering on the road. Considering such cases, mental asylum or mental hospital is highly needed in the state. The increasing high rate of mental illness in the state has also necessitated having mental hospital at the earliest, he added.

While noting that there is no health without mental health, the psychiatrist stressed that adequate amount of investment and attention should be given by authority concerned. Apart from it, experts from all across the world are speculating that mental health issues will double with the ongoing pandemic.

The doctor said that though the awareness level of mental illness increased during the COVID-19 pandemic, unfortunately, the treatment facility is nil as the RIMS Psychiatric department was converted to a COVID-19 isolation ward.

“COVID-19 has become the main priority as it is a pandemic. As such, even the psychiatric department was converted into a COVID-19 isolation ward. But considering the inconveniences faced by the patients, the department has resumed duty in a temporary office located at the department of Dental. The department has also been treating patients through a helpline number 6033856081 from 9 am to 4 pm,” he added.

During the observance of World Mental Health Day in Thoubal, psychiatrist and DNO, DMHP, Thoubal, Dr Heikrujam Jina had pointed out that mental health issues mostly come from anxiety, depression and substance abuse. She also pointed out the neurotic and psychotic disorders among the people during the COVID-19 pandemic.