The decision of the CVOs was announced by president of Kuki Women Union-Sangaikot Block, Phaneineng 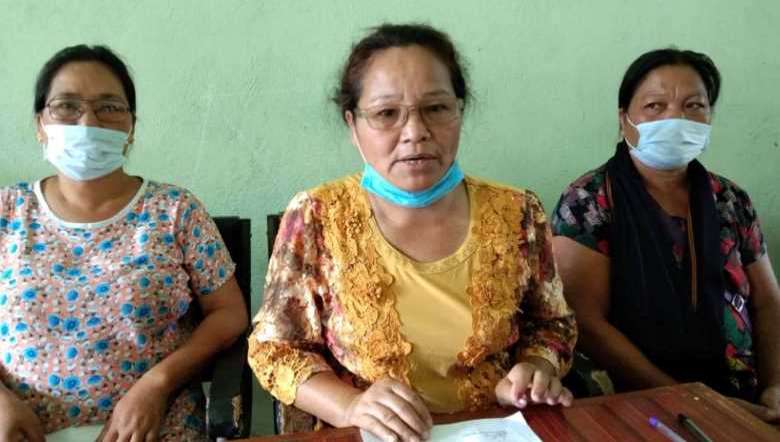 President of Kuki Women Union-Sangaikot Block, Phaneineng with members during a press meet in Charachandpur

Four CVOs of Churachandpur district have unanimously resolved to support BJP candidate GS Haupu for the upcoming by-election to be held on November 7.

A statement issued by the CVOs said that to maintain peace and safety during the COVID-19 pandemic, no one from outside of the sub-division is allowed to campaign or send volunteers in connection with the by-election. A task force has already been set up to look into the matter, it added.