Manipur CM Biren said that the present BJP-led government might not be able to continue without the support of former MLAs who recently joined the Bharatiya Janata Party. 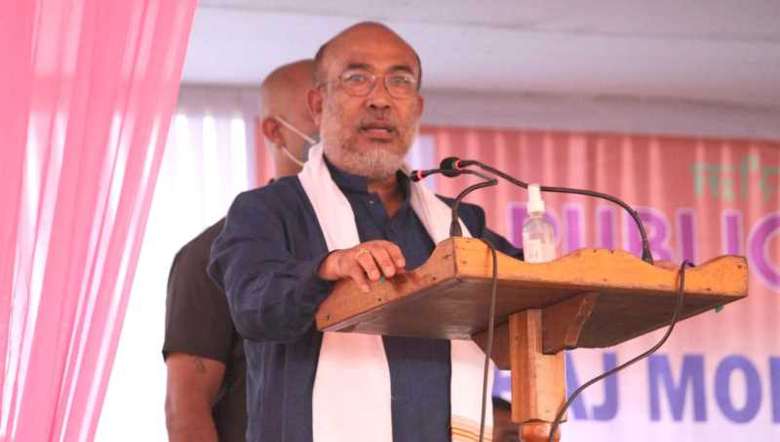 Chief Minister N Biren took part in a public meeting organised by the Election Campaign Committee for former Congress MLA Abdul Nasir at Lilong Haoreibi Turel Ahanbi Dam, while the former MLA filed his nomination for the by-election as an independent candidate for 30-Lilong assembly constituency on Monday.

Speaking on the occasion, Biren said that the present BJP-led government might not be able to continue without the support of former MLAs who recently joined the Bharatiya Janata Party (BJP). He said that former MLAs, including Okram Henry and Abdul Nasir, played a major role in making the BJP-led government overcome the recent political crisis.

The Congress party has been plotting various strategies to bring down the BJP-led government for the last three and half years, he alleged.

The former MLAs joined the BJP after resigning from the Congress party to support the BJP government after seeing the development brought within the last three and half years, Biren asserted. They supported the BJP in a crucial moment. As such, BJP gave ministerial posts to some of them, including Okram Henry and Oinam Lukhoi, Biren added.

Saying that the BJP is one of the largest political parties in the world that works on commitment, the CM said the law and order situation in both hills and valley has been improved including the relationship between public and police with the coming of the BJP government.

“The party carry out developmental works practically instead of mere lip service. With the initiatives from Prime Minister Narendra Modi, the work of green revolution will be started after the coming by-election,” he stated.

Rajya Sabha MP, Leishemba Sanajaoba who attended the function as an invitee said that politics should focus on peace and development instead of criticising each other. People should follow the political party that can bring development, he said.

“Time has come for the Congress party to apologise to the people for their misdeeds during the 15 year long governance,” stated Sanajaoba.

Education minister S Rajen said that people had lived with a fear psychosis of fake encounter and other issues, including months’ long economic blockade during the last 15 years of the Congress government.

With the coming of BJP led government in Manipur, the husband of Rabina, Thokchom Chinglensana, who was left unnoticed by the Congress government, has been given a government job in Manipur police department as assistant sub-inspector.

Mentioned may be made that Rabina was killed by a stray bullet during the infamous BT Road fake encounter case of July 23, 2009.

Referring to the CM indicating that the present vacant seat of minister is to be filled by one of the candidates who get elected in coming by-election, Rajen appealed to the people to cast their votes to Abdul Nasir to bring a change in Lilong assembly constituency.