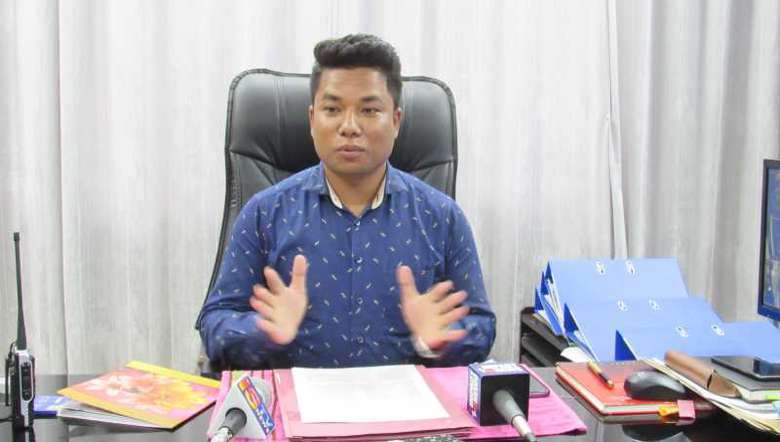 People need to stay cautious from the National Revolutionary Front Manipur (NRFM) which is demanding monetary funds from private companies that are trying to sustain the state’s economy, by alleging various charges in the name of revolution for Manipur, said Nongsaibam Sanjit.

Nongsaibam Sanjit, who is the chairman and managing director of NK Pvt Ltd, said that it will not cowed down under any pressure from NRFM, which is demanding money instead of sharing ideas for economic growth of Manipur.

Speaking to the media at his office chamber located at New Checkon, Imphal East Saturday, Sanjit alleged that NRFM is an organisation which is demanding huge monetary funds from private companies of Manipur by alleging irrelevant charges in the name of revolution to get their own benefit.

“NRFM is an organisation trying to defame genuine revolutionary groups of Manipur,” he charged.

Earlier, a release signed by information and publicity secretary of NRFM, Sanajaoba Meitei alleged that NK Group Private limited is a gang that is collecting money from innocent people for their own benefit. It also warned that people who are closely related with the company will not be spared.

Sanjit, however, said the allegation made against the company is baseless.

Organisations like NRFM are emerging in the state and the state government and state home department need to take necessary action to root out such organisations, he stated.

Appealed to the government to book such group of people, Sanjit said that NRFM should stop using media that is the fourth pillar as a tool to get their monetary demands with irrelevant allegation.

“It is not a challenge against any armed group but the company will never bow its head to the pressure of NRFM which could be a criminal gang,” he added.