‘NEP 2020 will help in easing out unemployment problems in Manipur’

The COHSEM chairman, speaking on the 22nd foundation day of Manipur Students’ Federation, sought support from people of the state in effective implementation of the NEP. 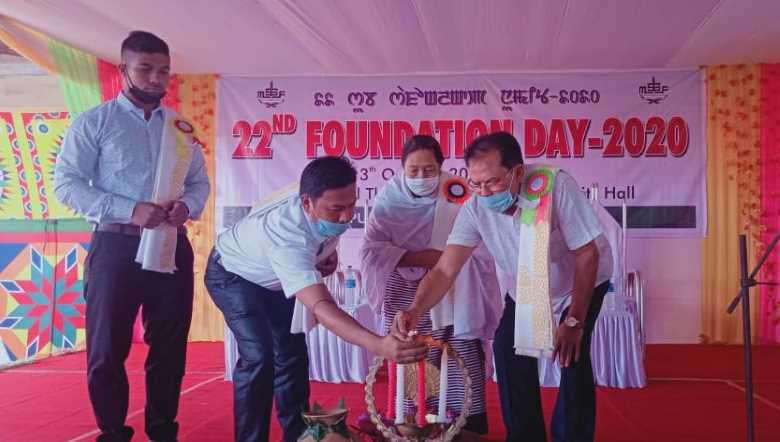 The 22nd foundation day of Manipur Students’ Federation in Imphal

The National Education Policy (NEP) 2020 will be of great help in easing out unemployment problems of Manipur as it will provide a skill course according to the talents of the students, said chairman of Council of Higher Secondary Education, Manipur (COHSEM) Lamabam Mahendra.

The COHSEM chairman was speaking as chief guest at the observance of 22nd foundation day of Manipur Students’ Federation on Tuesday at the community hall of Kwakeithel Thounaojam Leikai, Imphal.

Mahendra also said that the NEP will bring large-scale transformational reforms in the education sector of the state.

“By going through the 65 pages of the policy, the readers can anticipate the positive reforms which will be taking place after the policy is fully implemented,” the chairman stated and observed it is unfortunate that some people are identifying the policy in a negative manner to the public.

Appreciating the members of MSF for their services to the people of Manipur, especially for the welfare of the students, he wished MSF for better service to the people in the future.

Mahendera also sought support from people of the state in effective implementation of the NEP and in uplifting the education sector of the state.

MSF president Sazad Bhuiyamayum, in his presidential speech, said that there is a big apprehension that study of local context will not be a priority if NEP is implemented fully. He urged the education department and other experts to find a solution so that the local context are not omitted from the syllabus of students while implementing NEP.

“Studying local contexts is a must in giving regional mindset to the students, who are the future of Manipur,” he stated.

Regarding communal conflicts happening in the state, Sazad said that such conflict arose from individuals who wanted to maximise his/her personnel issue at a communal level.

“We need to stay alert and prevent such unwanted conflict between two communities and stay united to make a better Manipur,” he added.

During the observance, MSF has also established its Affairs Committee on Drug Use Prevention, to fight drug menace in the state.