ASUK has said that Kangleipak, one of the Asian sovereign states, was forced to sign a pre-drafted merger agreement on September 21, 1949, and on October 15, 1949 the merger, or rather annexation, of the state to the dominion of India was formally declared. 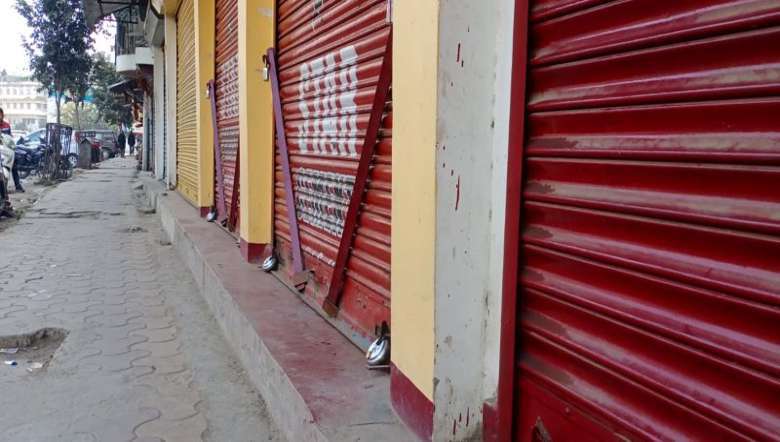 Opposing the Indian annexation of Kangleipak (Manipur), the Alliance for Socialist Unity (ASUK) has announced a general strike across the state from 6 am to 6 pm on October 15 with exemption on medical service, media and religious ceremony from the purview of the general strike.

A release by ASUK has said that Kangleipak, one of the Asian sovereign states, was forced to sign a pre-drafted merger agreement on September 21, 1949, and on October 15, 1949 the merger, or rather annexation, of the state to the dominion of India was formally declared.

In the last few decades after the coercive annexation, it has been witnessed that many Kangleipak-based armed revolutionary groups, along with the people of Kangleipak, have observed the day as ‘National Black Day’ every year by calling for general strikes in the state as a sign of national resistance to Indian colonialism.

“This act of resistance to Indian colonialism is our necessary responsibility. No one can argue that Manipur has not been annexed to India under duress. It is also undeniably true that before that, we were a sovereign state. So every Kangleicha must be prepared to resist Indian colonialism with all our might. And this has resolved is to be profoundly internalised in the consciousness of every Kangleicha. This would help sharpen the national contradiction between India and Kangleipak,” said ASUK in the release.

What is more important here is to examine which and which class of society have been made aware of the need to liberate Manipur from Indian occupation by observing continuously ‘October 15,’ voicing the rejection of the Indian annexation of Manipur and how advanced have these conscious people made the resistance movement?, it questioned.

It further said that from one point of view, it can be concluded that the goal of observing the day has already been achieved. Most Kanglei people, particularly the intellectual class, students and the well-informed general public, seem to be aware of the things that are intended to be conveyed through the observations.

For instance, we have noticed that many Kanglei intellectuals have spoken articulately about the issue. There have also been several student bodies observing the day expressing the denial of the Indian annexation of Manipur. Besides, there are informed public who are aware of the matter no less than the above classes, it added.

It continued that the argument is that even if the working class and the peasantry are not well aware of the matter, the social groups that could lead the revolution are well aware of the issue. The fact, however, is that the resistance movement in the state is not moving forward yet.

It is quite clear that many Kanglei social activists have abandoned the resistance movement to engage in mainstream politics, even though they recognise the national contradiction between India and Kangleipak. Many Kangleichas who were once on the frontline of the national resistance movement have moved to support colonial rule. There are also uncountable numbers of people who have pretended that they do not understand the issue, even though they completely understand the problem. Is it out of fear of the current authoritarian regime, or is there any other explanation for it?, it asked.

“Here the biggest question is, can we get the people to the above-mentioned level of consciousness by merely observing October 15 as ‘Black Day’ every year the same way we have observed in the past? Looking at existing objective realities, we seem to have observed the day as a ritual ceremony. It would be too naive to think that we can carry forward the movement by merely observing the occasion in such a ritualistic way. Now is the time to observe the day in such a new way that it might ignite the inner being of our people with a new spirit that would make it possible for them, in reality, to fight the colonial regime,” said the release.

In the release ASUK said that “this year, let us take on a new responsibility and strive to regain our lost sovereignty. When we observe the day in opposition to the Indian annexation of Kangleipak, we must also recognise the reality that we will have to face a great deal of state repression on this journey.”