The SC bench headed by SA Bobde and comprising Justices A S Bopanna and V Ramasubramanian, heard the petitions against the new farms laws. 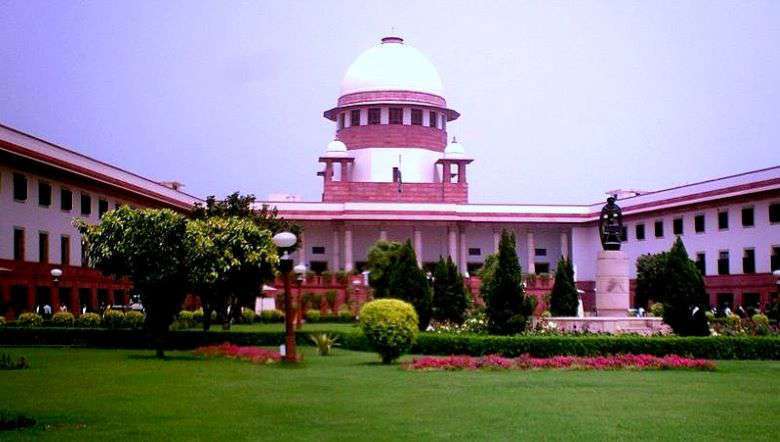 The Supreme Court Monday issued notice to the Central government on petitions challenging the constitutional validity of the three new farm laws and sought its response within a month’s time.

The SC bench headed by SA Bobde and comprising Justices A S Bopanna and V Ramasubramanian heard the petitions against all the three newly enacted farm laws.

The three contentious farm laws newly enacted after the presidential assent on September 27 are:

While the Union government touted the new laws as its achievement, several farmers organisatons and opposition parties termed them "anti-farmers" and launched a nationwide protest against the three laws.

In support of the nationwide protests against the farms laws, the Manipur Pradesh Congress Committee (MPCC) had assured that it will defend the rights of the farmers. On the occasion of Gandhi Jayanti on October 2, the MPCC members staged a protest demonstration against the three new controversial farm laws at Congress Bhavan in Imphal. MPCC president Moirangthem Okendro, Congress Legislature Party leader Okram Ibobi Singh and other party leaders took part in the protest, terming the laws not only anti-farmers but also anti-people.

“There will be complete disruption in the farmers’ occupation, the food supply chain and even in the implementation of technology in the agricultural sector. The agricultural sector will be wholly dictated by the whims and fancies of the private sector, which should not be allowed,” said MPCC vice-president Devabratta had said on September 26 when Parliament passed the three bills.

The Congress in Meghalaya had also expressed solidarity to the natiowide protest against the three new farm laws and stated in a memorandum submitted to the President: “The Anndata farmer and labourers will never forget the conspiracy of the Modi Government to convert ‘the disaster confronting the farmers’ into an ‘opportunity for the capitalists’ under the garb of pandemic. We urge upon your good self to intervene and ensure that these bills are withdrawn and repealed forthwith".

It also stated that the "Union BJP government is conspiring to defeat the ‘Green Revolution’ by bringing in the captioned anti-farmer bills. This a well-designed conspiracy to destroy the ‘Anndata’ farmer and the agriculture at the altar of a handful of crony capitalists".

It had pointed out that 62 crores farmers and farm labourers are agitating across the country, and over 250 farmer’s organizations are sitting in Dharna, on hunger strikes and demonstrating across the length and breadth of India.