As the Wildlife Week is being celebrated throughout the country from October 2 to 8, here are 10 fascinating facts you might not be familiar with about whistling teal. 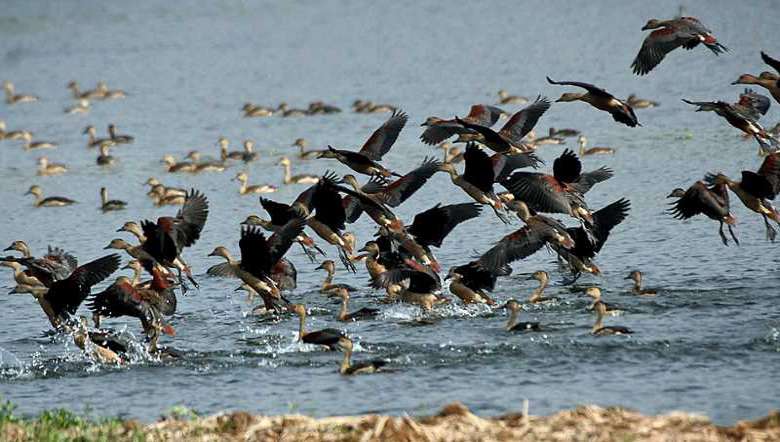 Whistling Teal found in the Indian subcontinent and Southeast Asia is one of species of whistling ducks. These birds are usually seen in islands of Andamans Nicobars and Maldives and in Assam, Manipur, Bengal and Kerala.

On October 4, as a part of the 66th Wildlife Week celebration and World Animal Day 2020 a Whistling Teal locally known as Tingri was released to its natural habitat by the staff of Kakching Range Office. The bird was rescued and handed over by Naorem Mohendro of Kakching Turel Wangma.

As the Wildlife Week is being celebrated throughout the country from October 2 to 8, here are 10 fascinating facts you might not be familiar with about the whistling teal.

2. Whistling Teals are nocturnal birds who rest during the day and are found in flocks close to lakes and wet paddy fields.

3. Whistling teals are often confused with fulvous whistling duck , which has a creamy white coverts unlike chestnut upper-tail coverts in the whistling teals

5. In India, whistling teals are usually seen on urban wetlands such as Kolkata and Goa, especially during winter season.

6. Whistling teals are not at a risk of being hunted down since they are not regarded as particularly good to eat. However, hunters in Assam often use their ducklings to serve the purpose of a decoy.

7. These birds share a secure global population ranging from two to twenty million individuals. They usually breed during the monsoon or rainy season, depending on food availability.

8. In India, the birds are often locally called sili and silhahi owing to their wheezy seasick call.

9. Whistling teals usually feed on plants from water along with rice grains along with small fish, frogs and invertebrates like molluscs and worms.