MPCC president said the Congress is prepared for the 2022 assembly election and it will choose people who understand the sentiments of the people and the party as its candidates. 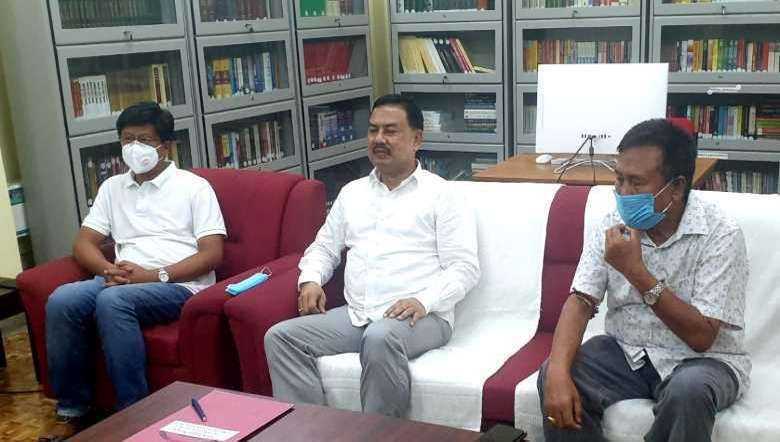 The Manipur Pradesh Congress Committee (MPCC) will try its level best to bring changes in the present electoral system in hill districts where ‘selection’ of candidates prevails rather than election, MPCC president Moirangthem Okendro said on Monday.

Okendro was speaking at the reception programme of new Congress members from LJP Kissan cell Manipur State Unit held at Congress Bhavan on Monday. He said that the MPCC is prepared for the 2022 assembly election and announced that it will choose people who understand the sentiments of the people and the party as its candidates. He also said that the Congress party will be strengthened with the induction of new members from the LJP Kissan cell to the party.

In the 10th assembly election, people have voted for Congress representatives. However, some people, who do not value the mandate of the public, have abandoned the Congress party for their vested interest, he contended.

The MPCC president stated that even the MLA of Singhat assembly constituency, who got elected in the 10th assembly election on Congress ticket, has resigned as an MLA and left the party. As such, the constituency has been left without a leader in the midst of the COVID-19 pandemic when the people are in dire need of a leader, he added.

While saying that the majority of India’s population are farmers, MPCC vice president Tongbram Mangibabu contended that the BJP government passed the controversial farm legislations despite protests from different sections of the country.