If one neutral mind goes into the study of world frame of minds during the reign of Covid19, he cannot rest admitting that there is huge anger and frustration against Chinese irresponsible behavior in the spread of dreaded Corona Virus, 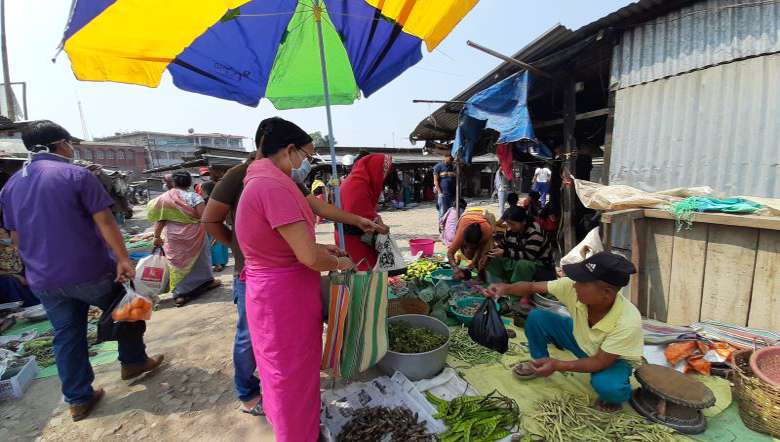 Covid-19 is the first of its kind pandemic that has impacted every nation on earth in just three months’ time of its outbreak reportedly either from Wuhan Virology Laboratory or Wuhan Wet Market located in Wuhan city in Communist-ruled China, a nation attempting to be world largest economy and superpower. In just four decades of Communist China’s embrace of glasnost and perestroika of its economy, unheard of in any Communist-ruled nation, it could be “The World’s Factory”, the distinction that the world’s largest economy US had occupied up to 2010. Now, due to the latest development in Chinese Economy, it has in the last one decade dislodged Japan, Germany, France, UK, etc. economies to ride to the present status of No 2 economy in the world. Please note: Chinese economy’s phenomenal rise happened due to liberalization and globalization of its economy while retaining the core Communist dictatorial governance model.

Here lies the crux. This needs to be analyzed and understood threadbare because this is going to shape the world future politics and trade and commerce. World politics and trade and commerce cannot be seen in isolation. They reciprocate each other. Trade and commerce bring to nation prosperity and strength, and once a nation is strong with economic prosperity and military strength, it cannot sit idle without wielding power starting with its immediate neighbors followed by distance and all over the world. The world has been witnessing this since the 17th Century starting with Europe and now with the US. The fight between WW-II’s two group Axis and Allied Powers were offshoot of the above phenomena. And who knows the rapidly economically rising Communist China would not do the same tomorrow though the same ambition of Communist-ruled USSR, the earlier elder brother of Communist China, could not have been successful because latter’s ruler had ignored the economic development while building defence prowess which the present ruler of Communist China seems understood well and have taken care of with well-designed liberalization and globalization of economy post dogmatic Communist Mao rule.

From 1980s to till 2015, Chinese strategy had been to build its economy single-mindedly compromising Communist dogmatic philosophy (as seen in Indian Communists) through embrace of Capitalism, and foreign investment including latest technologies, which has been in fact anathema to Indian Communist with their manufactured excuse that the technologies breed unemployment. (Yes, it is not known whether the same happened in China as nothing come out of it due to absence of free press.) Now China is 2nd largest $13.4 trillion economy(2018), far ahead from 3rd largest $5.15 trillion Japanese economy (2019), and within a decade might overtake the largest $22 trillion US economy (2020). While building its economy, China embraced Japan and US capitals and technologies, and exploited their consumerist markets with quality products at the cost that the developed markets can’t imagine. In the process, China became Industrial Workshop of world including yesteryear’s industrialized world’s, difficult to abandon so early despite China overt export of dreaded Corona virus (Ref: ‘I am Chinese; I am not Virus’ campaign in Northern Italy, the nation’s industrial and tourism hubs, which is considered by virologists as early super-spreader of Corona Virus in World, Chinese covert import of medical equipments during early days of virus spread and export of defective PPEs during early days of spread of virus in Europe). And now China has more than $3.39 trillion foreign exchange reserve (2020), highest among the nations in the world and invested heavily in the US treasury (about $1 trillion as of 2020).

After establishing its economy and building a robust defence capability, China did start flexing its muscle by way of occupying resource rich South China Sea completely disregarding its littoral countries’ right over the sea and international law by the manner and style unseen in modern world history. Now, China's target is Indian Ocean region as it has started surveying the ocean bed covertly as per intelligence gathered by Indian Navy and Coast Guard. Besides, China started debt diplomacy under the cover of Build and Road Initiative which India however has not joined opposing Karakoram highway part of CPEC project between China and Pakistan passing through Pakistan occupied Indian Territory in Jammu and Kashmir.

After studying above background, let us come to Asian/ASEAN geopolitics and International politics. While the majority of nations including Asian/ASEAN have democratic systems of governance, China has a totalitarian Communist Party dictatorship where the party head is undisputed Supreme Leader unquestionable to anybody other than his conscience to say the least. And as tendency goes, no totalitarian leader tolerates the presence of democracy in his ruled country’s neighborhood. And this is why there has been frequent China initiated border skirmishes between China and the world's largest democracy i.e. India despite presence of McMohan Line demarcation between the two nations. Please note: China accepted the MaMohan Line border demarcation with Myanmar.

Now, it has been certain that India can’t be a communist or dictator ruled nation as seen in its neighboring Nepal, Pakistan, etc. that get Chinese backing, and with Indian Communists have been fast loosening their political grip over Indian democratic politics. Further, India’s growing economy and expanding large middle-class have scope for both economic opportunity(in the form of a huge consumer market) and security challenge to China (as India has in the recent past started building infra along the China border and acquiring latest war gear completely ignored during the decade-long previous regime).

But, despite India’s phenomenal growth, India has failed to reduce dependence on China for supply of industrial intermediaries’ for crucial pharmaceutical, automobile, electronics, etc. sectors and capital goods apart from cheap and quality finished products for household uses, the mistake that the developed world too had committed. Now despite 20 Indian soldiers’ deaths and the reign of political and nationalist rhetoric against Chinese barbarism on the border, economists use to say ‘Market is not driven by emotion. Quality and price matter.’ In the recent past CEO Sidaram Fasterner opined that we are quite comfortable doing business with China.

If one neutral mind goes into the study of world frame of minds during the reign of Covid19, he cannot rest admitting that there is huge anger and frustration against Chinese irresponsible behavior in the spread of dreaded Corona Virus, followed by its army’s brutal act against unarmed and highly disciplined Indian soldiers, which has been recognized all over world wherever Indian Peace Keeping Forces worked, at an inhospitable Ladakh post in intervening night on 15-16 June. Apart from the above two acts, the Chinese virtual occupation of South China Sea disregarding international maritime law and littoral nations claims has been still boiling in the mind of the world population.

Now the question is: Will the world remain a silent spectator of Chinese bullying? That too after the hidden agenda of China’s dictatorial communist ruler has been explicitly exposed? Normally, trade and commerce used to be the first casualty of conflict between nations and political blocs. The trade war that the US President Donald Trump has started against China soon after coming to power has found its echo in the tones of many world leaders. As reported, Japan has earmarked $2.2 billion of its record economic stimulus package to help its manufacturers shift production out of China as the corona virus disrupts supply chains between the major trading partners. And Indian Government has restricted Chinese FDI in Indian Corporate. In the last three months, India’s largest corporate Reliance Industries has got more than one lakh crores FDI (One of the largest in India’s corporate history) for its telecom venture Jio without Chinese participation).

Now, Covid19 is in its peak in all over the world and the situation is such a state that nobody has the guts to predict what direction the pandemic has been leading human civilization to. Almost all experts are unanimous on one fact that without effective vaccines, there is no best weapon to tame monstrous corona. Lockdown and shutdown have been so far partially effective with a tremendous negative impact on the economy. And how long will the economy sustain the twin weapons lockdown and shortdown? By the time the effective vaccine has been developed how much the pandemic would have cost human civilization in what form is not known? Though there is palpable anger against China, it has not been directed towards the source of the pandemic simply because it has not so far got leaderships’ backing as the latter are now busy single-mindedly to contain the spread of pandemic and saving lives. The moment the vaccine developed what could impact the world population’s anger, it is difficult to predict now. Certainly, Chinese linked trade and commerce will be hit. People might embrace difficulties in transition but would not be in a position to bear the perpetrator of dreaded virus.

In India, political differences are there over Chinese double threats (Virus and border skirmish) with the main opposition Congress is found dubious in its talks. But Indians at large have started opposing China and Chinese products. And the government has already started restricting Chinese trade and commerce by way of FDI curb, asking e-commerce companies to mention products’ manufacturing nations’ names, scrapping Chinese involved tenders, etc. And the latest being banning of 59 Chinese Apps. Yes, the transition from over dependence on Chinese supplies to other nations or indigenous supplies will be economically painful for maybe a year or two.

Besides, Foreign Affairs Minister Dr S Jaishanker in his post Ladakh skirmish telephone conversation with his counterpart in Beijing has categorically told, “Ladakh skirmish will have impact on bilateral relation” and PM has already announced, “Loss of the lives of 20 Indian soldiers won’t go in vain.” Apart from this, if India can exploit world’s democratic bloc’s support, as echoed on 25.06.2020 in British Parliament with statement from PM Boris Johnson “UK is monitoring closely” and ‘the escalation in eastern Ladakh as a very serious and worrying situation’ in response to Conservative Party MP Flick Drummond query ‘the implication for British interests of a dispute between a Commonwealth member and the world’s largest democracy on the one side, and a state that challenges our notion of democracy on the other’, the world politics and trade and commerce would certainly take a new turn post COVID19.