In observance of Gandhi Jayanti 2020, the Assam Rifles organised tree plantation drive and painting competition in Ukhrul and Kamjong districts of Manipur. 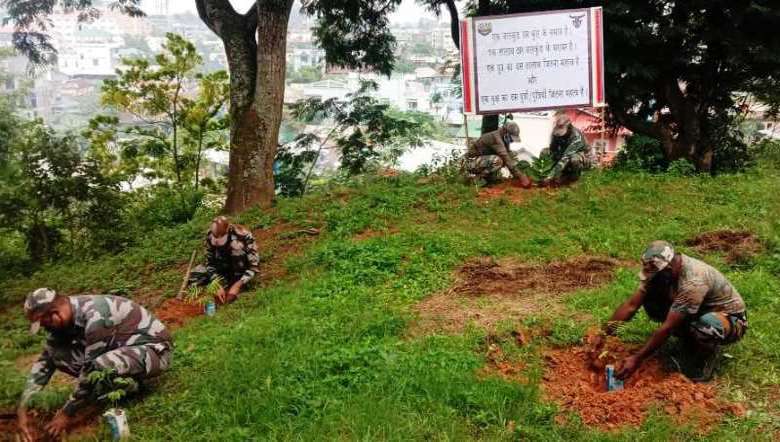 A function was hel to mark the 151st Birth Anniversary of Mahatma Gandhi, which began with a speech by a local teacher to elucidate the achievements of the great Indian leader, the IGAR South said in a release.

Around 580 saplings were planted and the event was concluded with a cleanliness drive under ‘Swaccha Bharat Abhiyaan’ which was exhorted by Gandhi who believed in spiritual cleansing not only of India but of the entire world, it added.

It also said that Assam Rifles had organised another tree plantation drive for five days at its various company operating bases in Manipur.

Over 1,359 troops enthusiastically participated in the Mega Plantation drive and a total of 19,117 saplings of various varieties, including fruit bearing trees, were planted during the event, added the release.