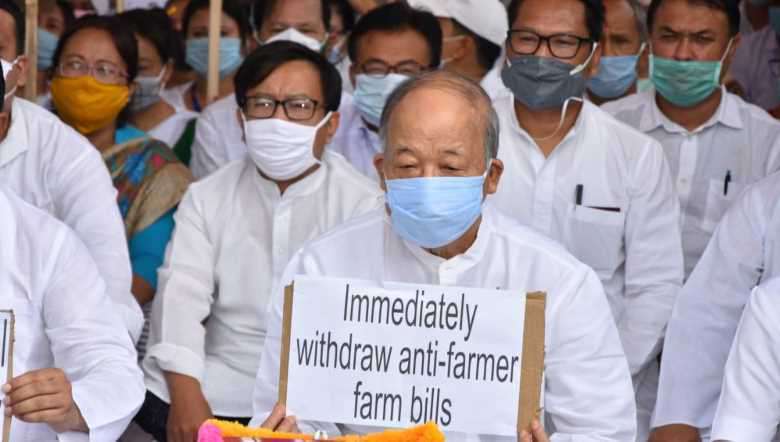 The protest demonstration was a part of the nationwide protests against the controversial farmers’ bills which were passed in Parliament recently. 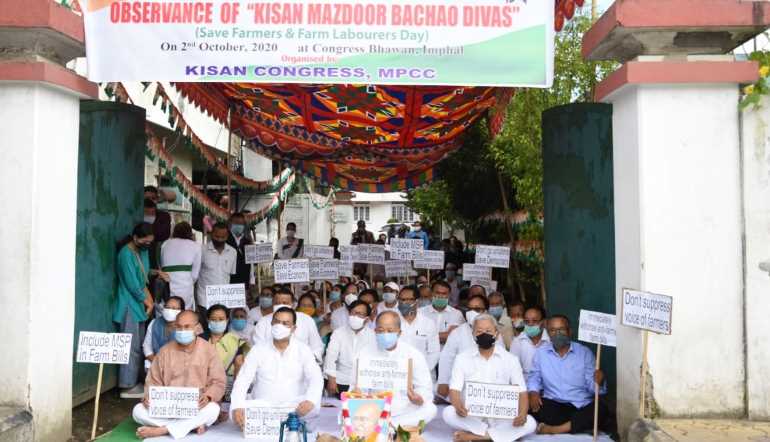