The governor said that keeping one’s surrounding clean and maintaining cleanliness in everyday life is indispensable to make the National Cleanliness Day meaningful. 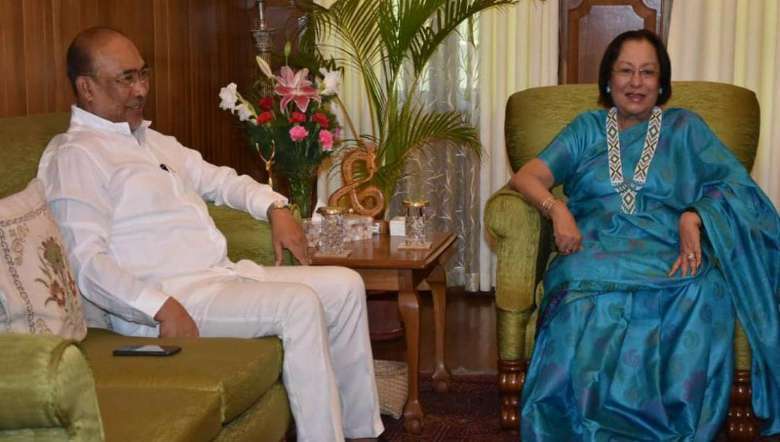 Manipur Governor Najma Heptulla and Chief Minister N Biren Singh among others have extended greetings and best wishes to the people of the state on the occasion of Gandhi Jayanti, which is also observed as "National Cleanliness Day" every year.

The governor, in her message, said that Mahatma Gandhi led the nation in its struggle for freedom from the British yoke using non-violence (Ahimsa) as his most powerful weapon.

As a real "Karmayogi" and apostle of truth and non-violence, he firmly stood for the cause of the downtrodden and oppressed not only in India but also in other parts of the world, it said.

Heptulla also called upon the present generation to imbibe the virtue of non-violence, tolerance and humanism from the life of Mahatma Gandhi so as to usher in a new era of hope and prosperity for all.

The governor further said that keeping one’s surrounding clean and maintaining a state of cleanliness in everyday life is indispensable to make the National Cleanliness Day meaningful.

“Gandhiji was an apostle of non-violence, equality, harmonious co existence, mutual respect and religious tolerance. Gandhi's philosophy of "Ahimsa' is more relevant in today's world,” the chief minister said in his message.

Biren also appealed to the people not to forget Gandhiji's thoughts and actions in facing and addressing the challenges that confront us.

Biswajit in his message said that Gandhi was the pioneer of truth and non-violence who started the Satyagraha movement for India's freedom and had also worked hard for achieving swaraj, removing social evil, improving economic condition of farmers, empowering women rights and many more.

Biswajit also called upon the people to pledge to follow the path of truth and non violence for promotion of goodwill, tolerance and harmony.