Lilong, Wangjing Tentha to go for by-polls on November 7; code of conduct effective in Thoubal district

The last date for filing nomination papers for the by-polls at Lilong and Wangjing Tentha is scheduled on October 20. 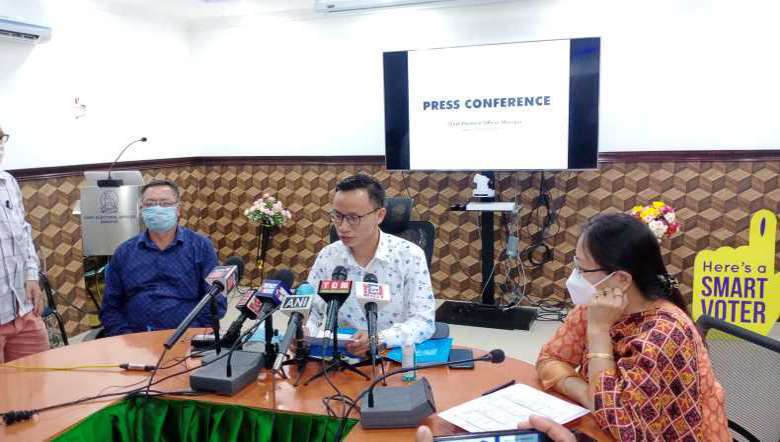 The Election Commission of India (ECI) on Tuesday announced the schedule of by-elections for only two Assembly constituencies in Manipur namely Lilong and Wangjing Tentha Assemblies. The by-polls for the two constituencies will be held on November 7.

Following the announcement, the election Code of Conduct (CC) came into immediate effect from Tuesday in the entire Thoubal district.

Earlier the ECI had declared five assembly constituencies in the state as “clear vacant” due for by-election. But, three of the five constituencies namely Wangoi Saitu and Singhat were left out. To this, the joint Chief Electoral Officer (CEO) Manipur, Ramananda Nongmeikapam, has clarified that the three constituencies had run into some legal issues. Altogether 13 seats are lying vacant in the state.

Ramananda was speaking to the media on Tuesday at CEO office, Lamphelpat, Imphal West. He said election notification will be issued on October 13.

The last date for filing nomination papers is scheduled on October 20 and scrutiny of nominations will be held the next day.

Withdrawal of candidature has been fixed on October 23 while counting of votes will be held on November 10.

Unlike the past elections, postal ballot option will be provided to electors who are marked as disabilities, electors above the age of 80 years, COVID-19 positive or suspect under quarantine, Ramananda added.

During the by-election process, the guidelines given by the ECI and the standard operating procedure (SOP) given by the Health Ministry will be followed strictly, he continued.

Lilong assembly has a total of 194 voters aged 80 and above, while Wangjing Tentha has 317. With regards to differently abled voters, Lilong has 158 and Wangjing Tentha 56.