A violent clash took place between villagers of Aimol Chingnunghut and Aimol Khunyai over land dispute on September 26 afternoon. 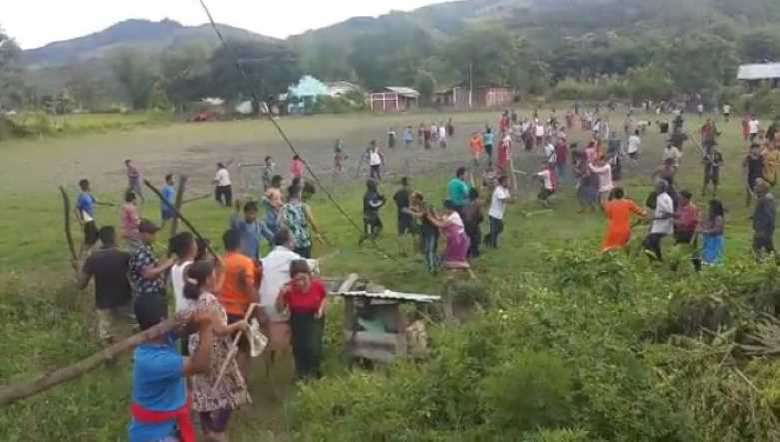 The All Manipur Christian Organisation (AMCO) has expressed deep sadness over the violent clash between villagers of Aimol Chingnunghut and Aimol Khunyai regarding land dispute on September 26 afternoon.

AMCO, in a release, said that it is genuinely concerned about the prevailing situation between the two villages after the violent clash in which one person died and 23 others were injured.

It appealed to the villagers for peaceful coexistence and harmonious living among themselves and urged both the communities to accept and love one another.

“Christian values such as love, tolerance, forgiveness, sharing and acceptance are the means to live in peaceful coexistence,” it stated.

AMCO also expressed solidarity to the bereaved family and assurance of prayers to all the injured persons. The organisation condemns any form of violence, it added.

The release also urged everyone not to spread rumours, false messages and videos through social media and other channels which will promote violence, disunity and mistrust between communities.