Modi, while addressing the convocation of IIT Guwahati through video-conferencing on Tuesday, said new opportunities are being created for Northeast states.. 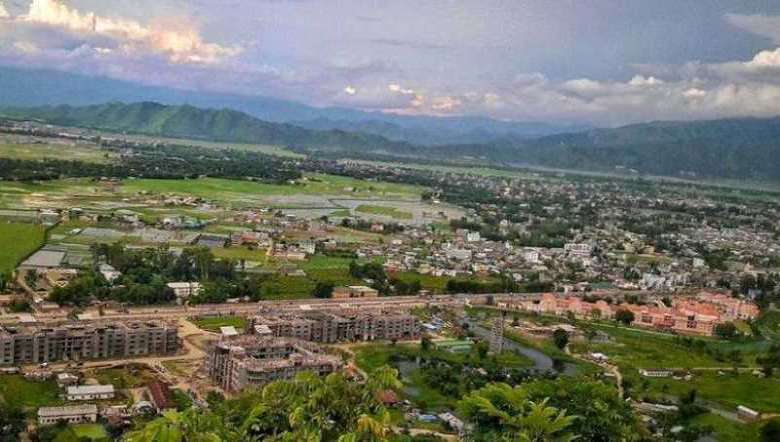 Prime Minister Narendra Modi on Tuesday said new opportunities are being created in the Northeast as the government is laying a lot of emphasis for development of the infrastructure in the region, especially railways, highways, airways and waterways.

The Northeast region is the center for India's Act East Policy and gateway to India's relations with South East Asia. The mainstay of relations with these countries have been Culture, Commerce, Connectivity and Capacity. Education is going to be another new medium and IIT Guwahati can become its major center. This will also give the Northeast a new identity and new opportunities will also arise here, Modi said while addressing the convocation of IIT Guwahati through video-conferencing on Tuesday.

Lauding the way institutions like IITs are advancing, Modi said this energy for innovation to serve has kept the country alive for thousands of years. He lauded the efforts of the IIT, Guwahati in contributing towards making the country self-reliant in spite of the difficulty in conducting academic sessions and continuing research work, during this pandemic.

The prime minister also called upon the youth of the country to be future ready and future fit as the National Education Policy is set to make India as major education destination in the world. He said the NEP 2020 is meant for the needs of the 21st Century and to make India a global leader in science and technology. The NEP 2020 has been made multi-disciplinary and offers flexibility of choosing various courses and allows multiple entry and exit points, he said.

Modi pointed out that the NEP also proposes a National Research Foundation for better coordination with all funding agencies regarding research funding and provide funds for all disciplines, be it science or humanities.

The prime minister said the NEP allows foreign universities to set up their offshore campuses in India, which would give global exposure to Indian students. NEP will establish India as “major education destination in the world, he said.

Modi expressed happiness over 300 young fellows being awarded PhD at the convocation and requested them to continue their research for the betterment of the country.  He urged the students to think about how their research can be linked to the possibilities of development of this region.

The Prime Minister urged IIT Guwahati to establish a Center for Disaster management and risk reduction so that it can provide expertise in dealing with the disasters of the region.

Meanwhile, Parliament on Tuesday passed a legislation to make five new IIITs in Surat, Bhopal, Bhagalpur, Agartala and Raichur as institutes of national importance, enabling them to award diplomas, degrees and PhDs. The institutes were registered under the Societies Registration Act, 1860, and did not have the power to award degrees or diplomas till date.

Education Minister Ramesh Pokhriyal Nishank had on Monday introduced the Indian Institutes of Information Technology Laws (Amendment) Bill, 2020 in the Rajya Sabha. The bill was passed by the Lok Sabha in March.

There are 25 IIITs in the country, Nishank said, adding, five are run by the Union government while 15 operate under the public-private-partnership model.

"We have brought the proposal before this House to bring five new operational institutes, which are located and have started operations in Surat (Gujarat), Bhopal (Madhya Pradesh), Bhagalpur (Bihar), Agartala (Tripura) and Raichur (Karnataka), under this legislation," Nishank said.

The five IIITs, set up on the PPP model, can now use the nomenclature B Tech, MTech and PhD.

However, during the debate, K Ravindra Kumar of TDP raised concerns over the fee structure and said all new IIITs are under PPP model and students have to bear the expenses. How meritorious but poor students would afford it, he pointed out. He also raised the issue of quality in higher technical education.

Kumar, however, said Northeast has been given priority in the bill.